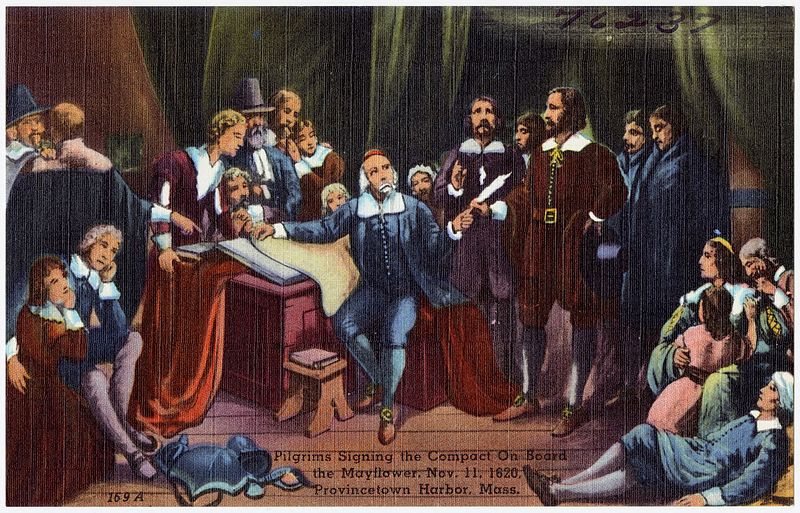 And it comes all the way from the Puritans’ religious beliefs when they were immigrating to the colonies.

Puritan was a group of extreme-leaning Christians in England, taking Protestant beliefs to extreme. Protestant ideology had the ingredient of hard work, and  Puritans took hard work and discipline to the extreme.

The Protestant work ethic (or the Puritan work ethic) is a concept in theology, sociology, economics and history which emphasizes that hard work, discipline and frugality

The theme of a religious basis of economic discipline is echoed in sociologist Max Weber‘s work, but both de Tocqueville and Weber argued that this discipline was not a force of economic determinism, but one factor among many that should be considered when evaluating the relative economic success of the Puritans.

According to this philosophy, a pious person should be a hard worker. And a hard worker would eventually prosper. Especially in a place like New World, where a person could get a farmland and work to build his own prosperity.

True to a major extent, since it was possible to claim land in New World (while displacing or killing the locals) and then work that farmland and eventually reach a rather comfortable life – as much as a free farmer could. A decent farm house, comfortable sustenance, some extra disposable income, some clothes and some savings and the like. Or, engage in trade or crafts and work hard to build up to something.

Since it was possible to do that at that time, it was believed hard workers would eventually attain some level of comfort and richness. And since a pious person should be a hard worker, these people would qualify as pious as well. Dual reinforcement.

For most of the expansion period of United States, this did not change so much. Up until the end of conquest period with California, regular land rushes made available vast tracts of land for settlers to settle and work. Moreover expanding population and newly founded settlements constantly supplied new markets for traders and craftsman to move into and find a market.

Therefore this belief came to modern ages without getting challenged much. And today, it still remains, especially among more conservative circles who tend to be more religious.

“If you work hard, you will get somewhere”

Note that the opposite is also believed by conclusion – if you are not rich or you don’t have money, you must be a lazy person because hard workers sure do attain riches. So any poor person has to be lazy, rich person must be a pious, ethical, moral hard worker who deserved his wealth.

And with this, a major tendency in the conservative mind of US demographic is explained.