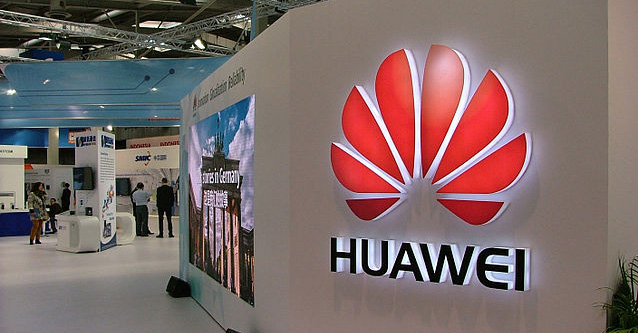 Well, China leading 5G is dangerous for the simple reason that Huawei does not implement backdoors in their hardware…

Leave aside give access to Anglosphere intelligence agencies which are known as ‘Five Eyes’ – you know, the usual suspects – CIA, NSA, GHCQ etc.

Spy back doors? That would be suicide, says Huawei

It is also confirmed by US intelligence.

Now the problem with that is, when any country starts installing Huawei equipment like 5G stations and people use Huawei phones in a wide fashion, it prevents what US intelligence agencies like to do:

Even worse, on services as well:

Julian Assange: Facebook is a “spy machine” for US Intelligence

As you will understand, not complying with the government is not an option in US – you get a national security letter, with an accompanying gag order, if necessary from a secret court, or another complicated ‘security’ setup US has implemented after Patriot Act, and voila – you have to hand over whatever they ask. And keep silent about it.

You can challenge it in court. Like how Google is doing. But, it would take ages, and it would be unlikely to end in your favor when it is seen in a court under ‘national security’ credentials.

So, US cant get access to Huawei 5G base stations and Huawei phones and software like it is able to run roughshod across entire Western tech infrastructure.

They are used to spying on everyone and their dog. Take notice – that’s not a metaphor – they are spying on everyone and their dogs, their cats, their birds, pets, everything and everyone when people post their things on Instagram, or send it via email to each other, or even upload it to some file share to keep it there, and this happens through automated algorithms and massive datacenters which hoard the data acquired through tech companies.

They are simply doing it because it can be done. And US corporate-state establishment has no limits or morals when it comes to profits and control.

Its not like they could not spy on people properly, like how intelligence agencies would do in old times, through legitimate means of identifying national security threats, tracking and spying on them, and taking action if it is actually necessary.

But why bother with all of that when you can automatically spy on everyone on the planet indiscriminately, and use it for whatever purpose ranging from corporate spying for your own corporations to manipulating public opinion for corporate profit – leave aside any actual national security situation.

That’s a great power even if it totally violates all known laws and morals.

So Huawei or other players rob the US establishment of this power.

Especially when supposed ‘allies’ like Germany, which are actually treated as satellite states than any kind of actual ally, decide to choose Huawei 5G infrastructure to escape Anglosphere spying:

That’s why China, Huawei, and them leading 5G are threats.