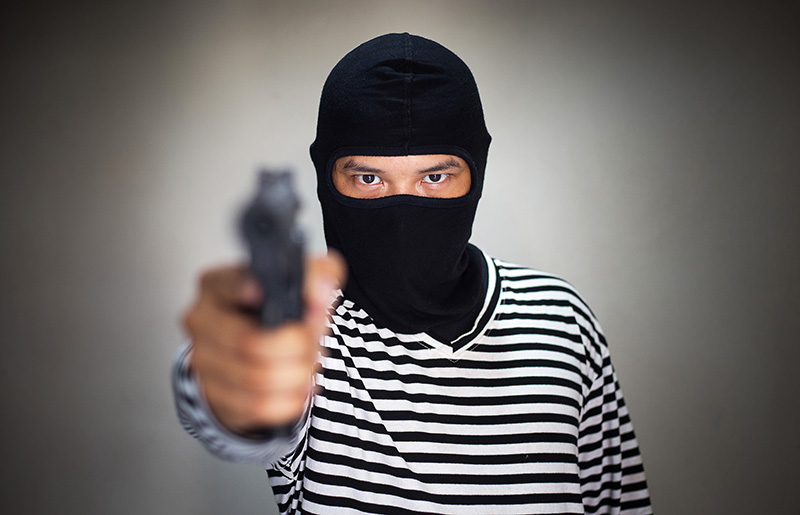 Practically the government exists to prevent any armed group of psychos subduing anyone else (including you) and making you subservient to their exploitation.

You may err in thinking about things like “citizen’s militia”.

But history shows loosely organized collectives were repeatedly undone by strongly organized, hierarchical groups of invaders even if the invaders were a very small group. Early agricultural communities being undone and subdued by migratory warring tribes despite the latter being smaller in numbers is a good example.

The aggressor does not need to come from outside. Wherever you are today, you can easily find groups in your country which would like to subdue and lord over anyone else if they gain the chance.

So, the only way to prevent these is having the biggest and strongest armed group which is fostered by, consists of, governed by and for the benefit of “the people” (you),  which no one could expect to beat, therefore would not even try.

That’s the primary practical reason we have a government.

Naturally this armed group needs to be subject to the rule of law, governed well, by democratically elected bodies and for the democratically decided purposes. Publicly funded. Because a privately funded army, is a mercenary army and it would listen to the one holding the purse, as Roman Republic found out just before becoming the Roman Empire.

Which means that you need a socialized army, funded, maintained and governed by public.

Many corollaries come from this. Just like security/defense, there are various extremely critical facets of life and services which must be there and available to all for the society to be able to even exist.

Like, transportation. You can’t privatize transportation and have local transport tycoons become the lords of the traffic in their area, for example. So this nation-wide service must also be run in the same way the socialized army runs.

Then there is justice.

Imagine a private justice… I don’t even need to talk about the dangers of this one.

Similarly there are other facets of life which are extremely critical, but today are run precariously privately – like education, for example. Its quite easy for private education to be used by moneyed private interests to brainwash/condition generations to serve their own agenda, and today there are such interests doing exactly that.

Or, healthcare. Life is critical to individuals, individuals are critical to society. As can be seen from example of US, when left to private interest, healthcare turns into a phenomenon of ‘fleece them as much as you can until they die’ combined with ‘let the ones who don’t have money rot’. A disastrous affair.

Internet infrastructure. Everyone’s lives depend on it today – we are too intertwined with it. And as many societal functions move to digitized environment, we will become even more intertwined. Imagine a few mega corporations owning internet infrastructure and declaring that it is their ‘private property’ and they have the right to decide what happens on that private property.

Actually, there are those trying doing exactly that.

Hence, as seen from these critical examples, there are many important functions which must be run publicly, in a democratic, socialized and egalitarian fashion, and for that we need a mechanism. That is what you call the Government.

Its your organization. Its your tool.

If you take ownership of it, it will do good.

If you discard it and let it go, you will be subservient to the whims of wealthiest private wealth owner in your area and his militia.