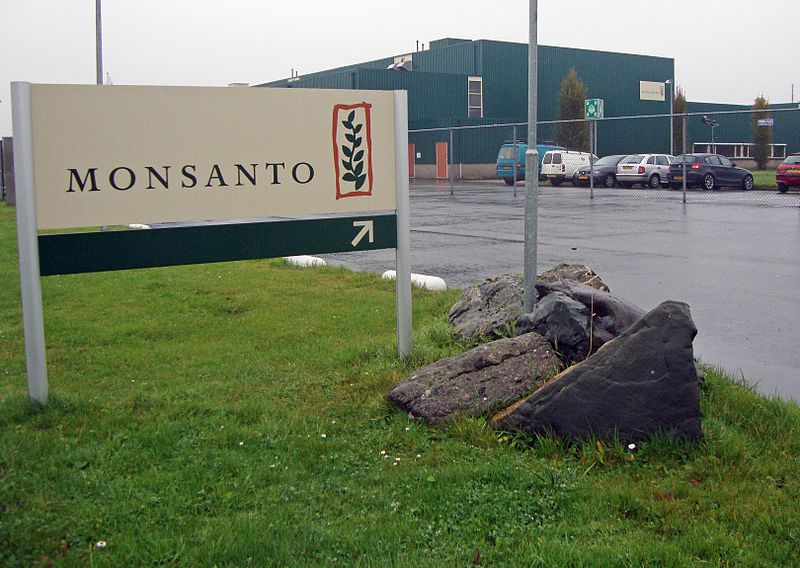 People consider Monsanto as evil for a very simple reason:

If Military-Industry complex, which pushes overseas wars for profit, irreverent of the immense cost of life and suffering abroad and bankruptcy of their own society, is evil, Monsanto is far worse.

Monsanto seeks to push a ‘business model’ which involves proliferating GMO seeds which are patented as intellectual property. Seeds do not propagate themselves, so a farmer would need to buy the seed again to sow next year.

But for that to happen, no one must have any seeds that propagate themselves lest they avoid buying Monsanto seeds.

Hence, Monsanto had been pursuing a ‘litigation strategy’ which involved suing farmers who did not buy Monsanto seeds by accusing them for ‘letting their crops be cross-pollinated with Monsanto horticulture growing in a nearby farm plot’, and therefore ‘infringing on their intellectual property’.

As dumb as it may sound to you, US legal landscape allows not only such outrageous lawsuits, but also the one with the money (Monsanto here) generally wins.

Monsanto is not only trying to do that in every country it can (any country which lends itself to decrepit patent laws like US’), but also they have been lobbying other countries to put laws to discourage, and at times, even destroy heirloom seeds so they would be able to get farmers ‘addicted’ to Monsanto seeds faster. Their support and hand in ‘trade’ deals like TTP/TTIP/ACTA also are due to these motives.

Here you have a private company, wanting to destroy local, natural agriculture of entire world and push it into a few strains of monoculture crops for profit. Not only a sociopath landscape of control and profiteering, but also a massive danger to mankind due to the fact that failure of this monoculture would lead to massive famines and great damage to entire humanity.

If that’s not evil, nothing is.

On top of that, their GMO crops cause fast evolution of pests, leading to superbugs and super pests and therefore threatening the world ecosystem at large, already. They are doing an arms race with nature, something which cant be won.

Moreover, Monsanto does have a gigantic track record of evil, ranging from being the contractor for developing Agent Orange, a chemical weapon used at large in Vietnam to many other deeds.

The Complete History of Monsanto, The World’s Most Evil Corporation

Is GMO food really harmful to human health and banned in some developed countries like US?

Serralini study, despite much stampede and noise from US based private think thanks, had been restored in court, when researchers have sued the journal and demonstrated that their methods and data were sound and proper. It turns out that the retraction of the study by the journal happened, surprise, surprise, due to Monsanto lobbying and pressure.

Ratted out: Scientific journal bows to Monsanto over anti-GMO study

As one critical scientific website posed the obvious ethical sham of hiring Monsanto people to control GMO publications, “Does Monsanto now effectively decide which papers on biotechnology are published in FCT? And is this part of an attempt by Monsanto and the life science industry to seize control of science?”

Serralini study is legitimate and valid, re-instituted by court after researchers suing the journal for partiality.

The immense noise coming from US based private think thanks, lobbying groups and corporate press about that particular research and other GMO research, is no different than what they did with the dangers and effects of smoking.

But beyond the effects of GMOs on mankind, GMOS themselves are quite dangerous for world ecosystem, in that once something gets out into the wild, you cannot take it back, and you have to suffer the consequences. This concept is detailed in the below article:

The unspoken danger of GMOs

All of these, coupled with the sociopath history of Monsanto corporation, one could easily call them a threat to existence of human civilization, leave aside ‘evil’.

2 thoughts on “Why do people consider Monsanto evil”