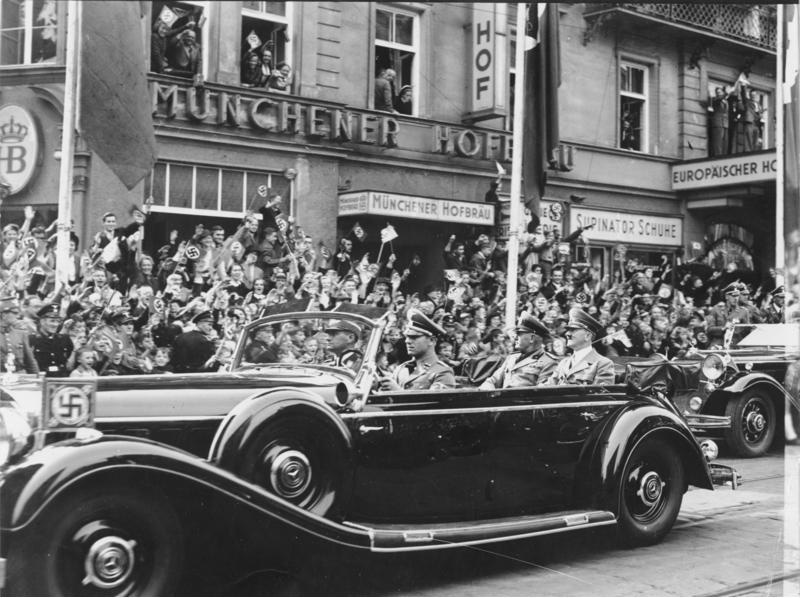 The root cause of world war II is industrial and imperialist circles in the west fostering and backing fascist movements outside and inside their own countries in order to ward off the demands which were placed on them by the public due to the results of great depression.

Rich industrial circles didnt like these one bit. After Mussolini’s fascism was able to stamp out such demands and ensure a regulation-free, low tax environment for ‘business’, every other industrialist became a fascist advocate.

Nazi party was supported by German industry, and after coming to power the industrial establishment in the west at large, with the hopes of using them against USSR and any potential country in Europe which could turn progressive to any degree.

Fascist movements fostered fascist movements abroad as well – nazis actively funded and organized nazi groups in the west, including usa. They have a major role in hundreds of nazi groups popping up in usa before 1941, and FDR’s subsequent crackdown.

These fascist regimes fostered their own imperial aims behind the guise of ‘eradicating communism’ – every other single invasion which they couldnt justify through historical claims were explained by ‘fighting communism’ – from ethiopia to spain.

Western corporate press – even outfits like new york times – were loudly applauding these stuff. Even calling for the ‘free world’ allying with nazi germany to ‘wipe out communism’.

Special credit for this needs to go to oil interests who lose caucasian oil fields after soviet revolution. They mounted massive propaganda and lobbying by spending massive funds to foster direct military action against ussr, and after nazis came to power their support was turned to nazis.

So the new imperialist powers who came to being in the form of fascist regimes set about pursuing their own aims – japan wanted east asia, germany wanted all europe until urals. And they got about doing that.

Even as Germany was invading poland and occupying it, the west was still keeping silent and inactive just across the rhine, in what is called the ‘phony war’. They werent taking any noticeable military action despite germany’s industrial heart, ruhr, was just under the guns of french and british on the other side of the rhine river. German army was in poland campaign for a month, and then was being ferried west, while entire french army and british expeditionary force was just waiting on france’s eastern borders. ~8 months passed with this unbelievable and inexplicable ‘inaction’.

Of course, its not inexplicable. The expectancy of the western governments was that Germany would attack USSR. corporate papers in the west were shouting about how this was the ‘wrong war’ and that France and Britain AND usa should join Germany and attack USSR and ‘get the world rid of communism’.

After Nazis crossed seine, the illusion and facade was over.

During this time, the appeasement government in UK resigns, Churchill is appointed PM, and some of the top political cadres and industrial cadres who were waiting for communism to be eradicated by Nazis woke up to real world.