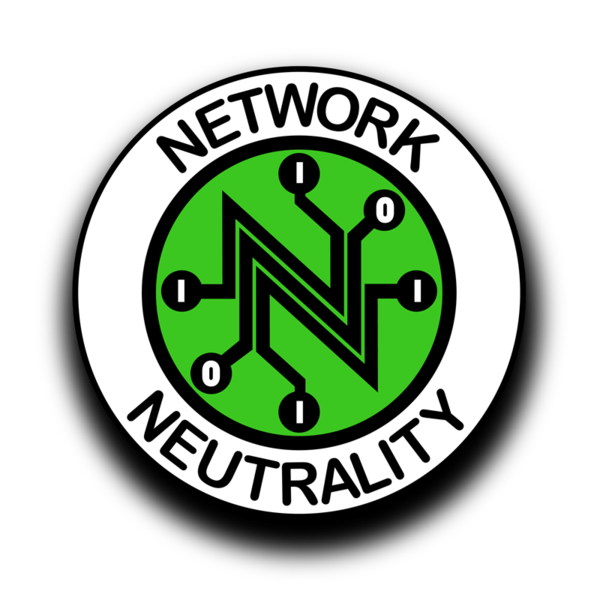 (originally published at Via Populi on February 27, 2015)

Net Neutrality aka Network Neutrality, is the principle that bans ISPs from discriminating against any website, persona, traffic or content based on any reason.

Network Neutrality is a fundamental principle of internet which equalizes internet for all, and makes a multi billion dollar company’s website equal with this humble website which tries to raise some awareness by its own meager means.

The lack of net neutrality would mean that an ISP would be allowed to do anything with the traffic on its network – including asking us to pay them to be able to reach you. This is something ISPs openly declared they were wanting to do in 2005, when they first attacked principle of Network Neutrality.

Their aim was to prioritize websites in a paid fashion, meaning that a website who pays for ‘access’ to Comcast subscribers would be served in a prioritized fashion, and which did not would be pushed down the traffic. And even totally delayed/blocked in the case of a traffic congestion on any point on the internet ‘tubes’.

Of course, payment would be proportional to traffic. A website which more people are using would have to pay more to be allowed to be seen.

You can easily guess where this would end at – you would be able to reach the websites of massive megacorporations which can afford to pay millions of dollars for the ‘privilege’, whereas any small website, community, company, organization or nonprofit such as this, would fade into obscurity due to lacking the funds to pay.

This would be possible only if the ISPs like Comcast were able to get away with claiming internet backbone (the very network on which entire internet traffic runs on) as their private property.

In case you don’t know, you can’t claim free speech on private property. It is totally up to the desire of the private proprietor to allow or disallow something on his property, and ask whatever payment s/he may desire for that permission. So basically, you don’t have any rights on someone’s private property.

In contrast, when something is classified as a public space or public utility, suddenly everyone gains rights on that avenue. Just like how no company can set up a gateway on a public road and randomly decide who can use the road and who can not, same goes with internet.

The ISPs already charge you for access to any website you may use on internet. They already charge major networks and datacenters which serve these websites through major peering agreements which allow massive internet traffic to run through networks.

But, they also wanted to charge websites on top of that – individual websites. Charge you the full amount for access to internet, charge datacenters for traffic, then charge the website for letting you see that website.

Triple dipping for the same service, you see. Not too different from a mafia racketeering and protection operation.

Despite these major ISPs make to the order of billions of dollars profit every year with ease, they went as far to break internet for more.

But profit motive is not the only drive for wanting to rob and harass all internet:

For you see, ISPs had been advertising unlimited or extremely high speeds for the cost of mere dozens of dollars for two decades. It doesn’t need to be told that something unlimited cannot be sustained. However what they did was overselling even their non unlimited plans.

An ISP sold 10 Mbit internet connection to hundreds of thousands of people. Only a small percentage of these people actually used the full 10 Mbit they were paying for. So, the ISP just went ahead and oversoldthe capacity they had – if their lines would support 100,000 people using 10 Mbit connections, they sold it to 500,000 people because only 10% of them were actually using their full quota.

This was ok in the early days of internet, when there weren’t much services using bandwidth. But then came Video services, download services and even p2p software services (Some major services distribute their software patches through p2p) and things changed drastically. Now people were using more and more bandwidth, and moving up to the quota that they were already paying for.

This immediately became a problem for US based ISPs.

Because, during all these years in which they were overselling their lines, they have not invested their money back into their service for even faster internet connectivity, instead ate up all the profits.

Verizon even took billions of dollars in subsidies from state and federal governments for delivering broadband to municipalities, after which they not only did not deliver the service, but they are still keeping the money. (source)

So, while the rest of the world was investing in internet and upgrading their networks to the extent that Sweden is now testing 40 Gigabit home internet connections (source), american internet infrastructure lagged behind to the extent that 30% of USA does not have broadband, and what is classified as ‘broadband’ lags behind majority of European countries. (source)

Now suddenly US broadband providers were being pushed to provide more connectivity they did not invest properly to make ready.

How to fix this?

Easy – go for charging websites for more profit, whereas pushing down which could not pay – you fix the traffic issue and you make even more money which you will probably still not invest at the same time.

They didn’t stop there though – they sued the municipalities which tried to set up their own broadband network when the isps did not deliver despite receiving money for it. They said that this was against the principles of ‘free market’.

So, basically, they do false advertising, they take your money, they don’t deliver, then they sue you when you try to take care of yourself.

These would be reasons enough for full prosecutions in many civilized countries. But this is United States, so things go even deeper than that – there is a 3rd, a very dastardly reason for the attack:

Internet made media monopolies who used to dominate cable tv networks very upset. For, see, now it was possible to transmit video over internet, and the absolute monopoly a few major corporations enjoyed over media was being broken. Netflix come into play, and started funding and shooting their own TV series totally independent of the incumbent and ancient media monopolies. Youtube was there, providing obscure artists who were not able to pass through the machination of the media companies to reach viewers. Many other venues for artists and creators to reach people, and even people to reach each other was there now.

These were eating into the ratings, viewers and profits of these media companies. Not only that, but also the absolute monopoly they enjoyed in shaping public opinion.

How to fight this new ‘internet beast’?

Just buy it out. Like how it was before…

Time-Warner goes and merges with Comcast. A massive media monopolist merges with one of the few major ISPs who own american internet infrastructure, and immediately starts implementing their scheme. Others, like AT&T, Verizon are being pushed by Hollywood to do the same.

Without delay, they go after Netflix, and force them to pay up by blocking and slowing down Netflix traffic on Comcast network, citing ‘congestion’. When Netflix pays up, the ‘congestion’ magically disappears. (source) Since the congestion is just not there after the payment, it doesn’t take years of research to conclude that that was merely a mob shakedown operation to harass and corner a competitor.

Evil at work, right away. Its not hard to imagine that if they can do this to a competitor of theirs, they can easily censor out whistleblower websites, communities – any website or source which does not fit with their interests – actually, they already did : At&T censors Pearl Jam. At&t even went far as to put in their terms of service that they would drop complaining customers. (). Comcast was no less evil, being caught for censoring political emails.

As you can see, they not only stated their desire to censor internet at will, they already did.

This was possible because Comcast sued FCC and was able to have a court suspend the principle of Network Neutrality around a year ago. But due to immense pressure from the public and campaigning, FCC just has classified internet as a public utility and put forth strong network neutrality rules.

The new rules are quite sharp and smart.

It bans any kind of discrimination based on website or source.

But the regulation goes further than that – it also prevents discrimination against protocol. Like video.

For, see, if it was allowed, comcast could just slow down entire video traffic on their network, basically killing Netflix, Youtube and the like, therefore forcing you to have to watch TV (Hello Time-Warner) for any broadcast, movie or TV programming.

With the new network neutrality rules, they cant do that.

Moreover, the new regulation prevents ISPs from suing municipalities when the ISP does not bring broadband to that locale, and allows municipalities to set up their public broadband network to their constituents who are ignored by ISPs.

But you know what the funniest thing about all this is?

We are basically just merely protecting and legislating what we already had – internet as it is.

They must be held accountable

The people who mounted an all out assault on internet and its freedom have names and addresses. They are majority shareholders of major corporations like Comcast, Time-Warner, At&t, their boards, and their executives. They are lobbyists who tried to kill net neutrality, they are corporate representatives like Michael O’Rielly and Ajit Pai in FCC, who voted against people’s interests. ()

The problem with such corporate power grabs is that, when they are let to get away with what they did, they just keep trying.

For such a blatant attack on internet and its freedom not to repeat, the people who mounted it must be known, they must be be held accountable and must be made pay for their greed and power grab.