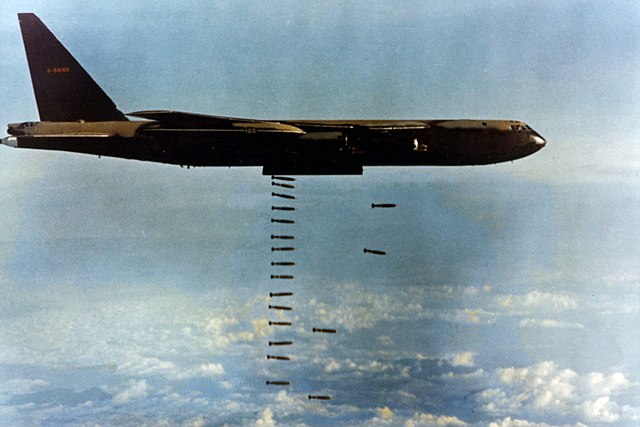 Assume for a second you are the president of a Socialist country and you refuse US access to your economic resources.

Try to imagine what will happen next.

Stage 1 : First they will try ‘diplomatic channels’. State Dept will regularly visit you and will try to change your mind with ‘warnings’.

Stage 2 :If that doesn’t work, then economic warfare will begin. If your country does not have capital controls to prevent speculative movement of capital, major finance institutions will shuffle liquidity in and out of your stock market and financial investment tools and will start destabilizing your economy. This will be aided by internal collaborators they have. (Generally extremely rich tycoons). Your national private media will aid in this greatly to exacerbate the situation and add up to the panic. You will be shown as the reason why ‘economy is in bad shape’.

Stage 3 :If that doesn’t work either, then will start the talk of ‘democracy and freedoms’ in Wall Street press. (ie WSJ, NYT) They will start to accuse your administration of repression of various freedoms. They will first talk about freedom of ‘investment’, and how your country is not ‘good for investment’ and investors ‘don’t have modern rights’, but if things don’t change the talk of freedom will start moving towards minority rights, opposition rights and whatnot.

Stage 4 :If you are too stubborn and successful to veer off even that pressure, this time State Dept. is going to start pushing sanctions against your country in certain key products and services. Not only by US, but also whichever country that is prone to US pressure (read:satellites) will also be coerced to reduce trade with you. Sanctions will also target prominent figures in your administration. This will exacerbate the economic situation in your country, which will be drummed up against you by private media in your country and Wall Street media abroad. Scarcity of any product which results from these sanctions will be shown as your incompetence, and also a ‘proof’ that your ideology ‘doesn’t work’. (Funny isn’t it – beat someone up and then blame the person for getting hurt)

Venezuela is a spectacular example of this – most basic consumer items are scarce – not this or that, but toilet paper. Something which is easily obtainable through any import means. But for ‘some’ reason, despite all efforts by Venezuela government to address its scarcity, toilet paper ‘somehow’ remains scarce. As well as a lot of basic food staples which government goes to maximum extent to ensure their abundance.

Food does not magically get buried underground by itself, you know.

So as seen from this example, the subversive elements in your country will be doing their utmost to create an atmosphere of scarcity regardless of how abundant things are. The only way to cope up with such people would be to prosecute and jail their rich tycoon leadership, and use intelligence agencies to round up their operatives.

Stage 5 :If you are way too successful and they couldn’t topple you or subvert you, this time US will start to slowly push you into ‘National Security threat’ list, by constantly repeating ‘rights violations’ in your country. This time, they will also be accusing you of being a dictator officially. Though Wall Street press may have started to do it in earlier stages. This brings a lot of other options, which are not so peaceful.

Stage 6 :At this stage they will start to support subversive elements in your country to create unrest, protests and civil resistance. These can start in earlier stages. But this time it will start to take form of an organized, even armed ‘movement’ which is presented as ‘spontaneous’ action by ‘people who are fed up’ with your administration. There may be coup attempts organized by State Dept., backed by rich tycoons in your country. (Like how it happened in Venezuela many times). Coup may have also been tried in stage 5 or at the end of stage 4.

Stage 7 :If it still did not work, then starts the next major stage: these ‘democratic opposition’ who were showing arms here and there will suddenly turn into fully armed, trained ‘democratic rebels’, and will start a civil war. ‘Democratic opposition’ does not need to be people of your country – they can be imported from abroad, like how they were imported from Libya, Afghanistan, Saudi Arabia into Syria. These ‘rebels’ start taking over your country.

Stage 8 : If the ‘rebels’ cannot succeed in taking over your country easily or you have not relented, given in, or outright undone yet, then US starts supporting ‘democracy’. (Which also means all US satellites like UK). Despite they were already organizing the arming, training and coordination of those ‘rebels’ since stage 7. This time there will be open talk of ‘aiding democratic rebels’ as if they weren’t doing anything. This will allow open funding, support and training for the ‘rebels’ in your country, escalating their power.

If they still don’t succeed, then there will come the talk and claims of ‘atrocities’ your government is committing against these ‘rebels’ of ‘your own country’, and there will be push for ‘no fly zones’ over your country to ‘prevent atrocities’. Of course, ‘no fly zones’ also means that they will be bombing your country’s forces to help the rebels too. If they get their way, you will be undone in no time and ‘rebels’ of dubious origin and intent will take over your country and make it into a ‘democratic’ one – like how Libya ended up with a radical islamist government after Gaddafi was bombed to hell.

Stage 9 : If you somehow magically survived along with your government at this stage, then comes the talk of open invasion and occupation to ‘bring democracy’ to your country. This is the phase at which stuff like Iraq War happens. That doesn’t need so much detailing.

Syria was stuck in between stage 8 and stage 9. ‘Rebels’ were unsuccessful in undermining Syrian government, and US and its satellites were unsuccessful in ‘no fly zone’ due to Russia, China and Iran putting their feet, so Syrian situation never progressed from stage 8 end to stage 9. Now its regressing all the way back against the clandestine regime change attempts level due to Russian, Iranian and indirect Chinese support making later stages impossible.

Chavez did something very funny to prevent progression from stage 7 to stage 8.

When US started talking about ‘dictatorship’ and ‘national security’ threat and stage 7 began, Chavez went and bought 150,000 AK-47s from Russia and trained a citizens’ militia with that.

Baaaam – that totally made any ‘democratic rebel’ scenario totally impractical and inapplicable. So the progression stopped there and State Dept. is still pushing Stage 7 instead.

Of course, the Russian and Chinese support has a great deal in that – occasional visits by Russian cruisers, Chinese frigates clearly invalidate all the ‘bombing for democracy’ hallucinations US neocons were having.

Note – same would happen if you denied any kind of resources or financial clout/ownership of anything to western companies – not only oil.