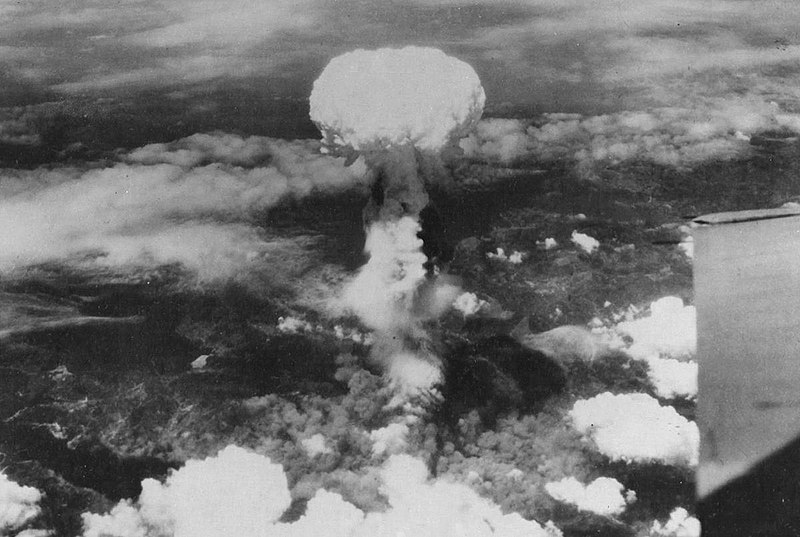 US Joint Chief of Staff,

Director of Military Intelligence for the Pacific Theater of War,

Deputy Director of the Office of Naval Intelligence,

Special Assistant to the Secretary of the Navy,

There was no need to drop any atomic bomb anywhere in Japan for whatsoever reason.

The list is long, and together they constitute practically entire planning and execution cadre of US and British Armed Forces and Intelligence. Lets take most prominent ones first:

General (and later president) Dwight Eisenhower – then Supreme Commander of all Allied Forces, and the officer who created most of America’s WWII military plans for Europe and Japan – said:

The Japanese were ready to surrender and it wasn’t necessary to hit them with that awful thing.

During his recitation of the relevant facts, I had been conscious of a feeling of depression and so I voiced to him my grave misgivings, first on the basis of my belief that Japan was already defeated and that dropping the bomb was completely unnecessary, and secondly because I thought that our country should avoid shocking world opinion by the use of a weapon whose employment was, I thought, no longer mandatory as a measure to save American lives. It was my belief that Japan was, at that very moment, seeking some way to surrender with a minimum loss of ‘face’. The Secretary was deeply perturbed by my attitude….

Take a second to make a mental note here – the particular Secretary who was disturbed by opposition of Eisenhower to dropping the bombs is from Truman Administration, Secretary of War Stimson.

Chairman of the Joint Chiefs of Staff, Admiral William Leahy – highest ranking member of entire US armed forces from 1942 to 1949:

It is my opinion that the use of this barbarous weapon at Hiroshima and Nagasaki was of no material assistance in our war against Japan. The Japanese were already defeated and ready to surrender because of the effective sea blockade and the successful bombing with conventional weapons.

The lethal possibilities of atomic warfare in the future are frightening. My own feeling was that in being the first to use it, we had adopted an ethical standard common to the barbarians of the Dark Ages. I was not taught to make war in that fashion, and wars cannot be won by destroying women and children.

MacArthur’s views about the decision to drop the atomic bomb on Hiroshima and Nagasaki were starkly different from what the general public supposed …. When I asked General MacArthur about the decision to drop the bomb, I was surprised to learn he had not even been consulted. What, I asked, would his advice have been? He replied that he saw no military justification for the dropping of the bomb. The war might have ended weeks earlier, he said, if the United States had agreed, as it later did anyway, to the retention of the institution of the emperor.

…..I believe we missed the opportunity of effecting a Japanese surrender, completely satisfactory to us, without the necessity of dropping the bombs.

Alfred McCormack – Director of Military Intelligence for the Pacific Theater of War:

The Japanese had no longer enough food in stock, and their fuel reserves were practically exhausted. We had begun a secret process of mining all their harbors, which was steadily isolating them from the rest of the world. If we had brought this project to its logical conclusion, the destruction of Japan’s cities with incendiary and other bombs would have been quite unnecessary.

[I] concluded that even without the atomic bomb, Japan was likely to surrender in a matter of months. My own view was that Japan would capitulate by November 1945.

The list is too long and arduous to compile here. For ease of use, the below article has all quotes and important references combined:

All of these are taken from these notables’ statements, press releases, biographies and declassified documents related to them.

So why were the bombs dropped?

Oliver Stone’s Untold History of United States puts it in no uncertain terms:

They were dropped as a demonstration against USSR, as Truman went to the last conference of World War II – to be used as a geopolitical tool.

Truman Administration was the first incarnation of what is today called Military-Industry Complex, with the political cadre who brought Cold War and all that went around with it ranging from immense nuclear armament and standoff to prosecution of everyone opposing it through House Un-American Activities Committee.

Truman himself was a figurehead, with real power residing in the notable Senators and Industrialists who backed him into power in the ‘soft coup’ in Democratic Primaries of 1944. These primaries ended up with FDR backed candidate Wallace being deposed through very questionable administrative moves during the primary – as a ‘coincidence’, the committee which was conducting the primary was filled with Truman’s backers.

One of the prominent Military-Industry Complex senators who put Truman into power summarized the next ~50 years of US policy in one single sentence “US needs to remain in a permanent state of war economy”.

USSR was dangerous to interests of this complex, ranging from endangering control of Middle East Oil interests to scaring living daylights out of British by telling them they should let India become independent. From Pacific to North Africa many Atlanticist colonial and economic interests were threatened by this new superpower. Thus, Military Industry Complex needed something to use as a strong card in actual negotiations and power balance to ‘keep them at bay’.

As for Japan and its surrender – various sources as can be found in the previously cited article mentions that they were indeed seeking peace through intermediaries – one of them being USSR. Their terms were pretty acceptable, with major term being Emperor remaining in his office. However, these approaches were apparently refused by the newly established military-industry administration. Appallingly, the terms they accepted Japan’s surrender later were almost precisely the same terms, with Emperor remaining in his office, and with the general visage of the treaty being only slightly heavier for Japan than what Japan was seeking.

An appalling act, brutal, unacceptable, unjustifiable. However, the next ~50 years saw military-industry complex engaging in acts even worse, ranging from Agent Orange in Vietnam to training murdering south american guerrillas and teaching them how to kill villages for maximum fear effect with US taxpayer money, lying many times to push wars ranging from Gulf of Tonkin ‘incident’ in which we are today told that ‘nothing happened’ to lying about Iraq once, then lying about it again with nonexistent weapons of mass destruction, with dozens of other smaller affairs happening in between.

Iraq itself cost ~1 million lives in total. With the embargo which ‘magically’ targeted consumer items, medicines ordinary population needed instead of targeting Iraqi officials combined. So much that the UN Staff which were to oversee the embargo resigned, citing that masses were being killed by the embargo.