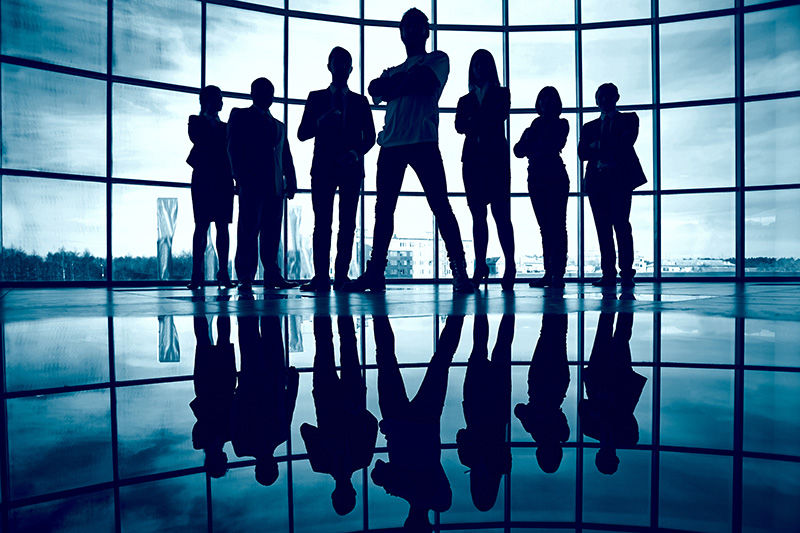 That’s something that may be surprising for you, in case you didn’t receive business education or have not worked long enough in a mid-level position in a big corporation:

There is no kind of democracy or free market in a corporation. Especially in mega corporations.

How there is no Democracy in a Corporation

Check how it is a full blown private tyranny from top to bottom:

The majority shareholders, who tend to be a small selection of extremely rich people, elect a board and a CEO is appointed. The entire purpose of this board and the CEO is to maximize the profits for the sake of shareholders and nothing else.

This board sets the policies for the corporation under the leadership and executive powers of the appointed CEO. Then the general plan is relayed to upper level management and the planning departments to be implemented.

At no point the upper management or any department can refuse to implement the plans they have been given. They may ‘advise’ on them, issue cautions and warnings, or suggest modification to make the plans better.

But, they can in no way refuse or change the nature of these plans – so there’s no saying “We believe selling lead painted toys to children is not ethical” and turning it down. They can only modify the plan that envisages selling lead painted toys to children in a way that will make it perform better. Or, make the company less liable for the damages. Or, find a legal loophole to conduct it in a way that would be more desirable.

When the plans are honed enough, they are sent to lower departments or whatever divisions the mega corporation has for execution. Middle level management starts executing the plans. A department procures the supplies of lead paint, whereas another department executes the manufacturing of the toys using that lead paint. While sales and marketing departments arrange the sales of these lead painted toys in a way which will bring the maximum profits possible in the shortest duration possible.

Again, they do it, or they quit. That’s the spectrum of choices they have.

And then its time for the employees to sell the toys to the children. No employee at any level during this procedure can refuse to sell, handle and ship these lead painted toys. They have two choices like the earlier stages – do it, or quit.

And as such, lead painted toys find their way into your children’s hands.

As you have noticed, there is no kind of decision making through democracy in any stage during this affair. It is a total private tyranny all the way from top to bottom, and all people who are employed by the company at any given level have to do what they are asked to do.

And what’s worse, its all for the sake of maximum profits for the shareholders. The people who are undertaking the implementation of plans so horrible like the case of selling lead painted toys to children get no share or benefit from what outrage they participate in.

How there is no Free Market in a Corporation

At no point during the operations of a company, leave aside the above example of lead painted toys, any department can utter a phrase like “Hey, this other department is giving more price for the intermediate product/service we produce, so we are going to send our output to them instead of the ones you planned us to send our stuff to”.

That’s not a choice you they can make.

You don’t have a choice in deciding what to do with your intermediate output, accounting service, transport vehicles, or any other asset you have.

Everything needs to happen in the way that was decided top down, all the way from the initial plan which the board had prepared, or had the upper management prepare.

The economy inside a corporation is totally planned command economy. Especially in mega corporations.

But that doesn’t change the reality: Corporations are totally planned command economies inside.

Why do these matter?

Because all the corporations combined, dominate our economy, hence our business life, and eventually the society.

Three systems theorists at the Swiss Federal Institute of Technology in Zurich have taken a database listing 37 million companies and investors worldwide and analyzed all 43,060 transnational corporations and share ownerships linking them. They built a model of who owns what and what their revenues are and mapped the whole edifice of economic power.

They discovered that global corporate control has a distinct bow-tie shape, with a dominant core of 147 firms radiating out from the middle. Each of these 147 own interlocking stakes of one another and together they control 40% of the wealth in the network. A total of 737 control 80% of it all. The top 20 are at the bottom of the post. This is, say the paper’s authors, the first map of the structure of global corporate control. [1]

An incredible contradiction, hypocrisy and travesty – entire business community rails against any public initiative, socialized services, public ownership of critical resources, but there is no problem if socialized, centralized production and management, even command economy, is used for the profit of private shareholders of mega corporations.

Realizing that our economy is run through socialized, planned command economies inside the corporations that dominate it shatters the dubious narrative that we have been sold in favor of privatization and against socialized services and public ownership.

That’s why realization of this contradiction is important.

Then we can rationalize – if it is proper when these methods of planning are used for maximizing private profit of private interests, it should also be proper when they are used to benefit the people.

And doing exactly that, would go a long way towards solving a lot of our problems.