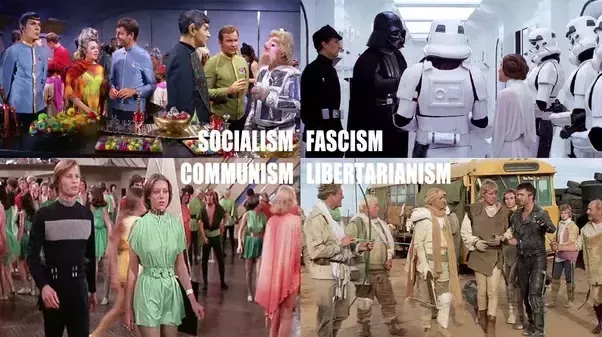 Lets make it as simple as it can be:

All these countries have different economic implementations.

State Capitalism means a system in which the State holds and controls economic capital and means of production, and allocates this output as necessary. It does not have to allocate the generated wealth directly to people – it can assign it anywhere it wants – to infrastructure, to military, to space race, whatever.

In Socialism, the economic output/wealth needs to be given back to the people to better their lives in an immediate fashion. The production and distribution of profit can be run more centrally or federalized/localized, but it must be in a democratic and egalitarian fashion. In short you give the profits to the people. Most unfortunately there has been no case of such an implementation due to the fact that all countries which attempted to play with Socialism were attacked directly or indirectly and had to divert their GDP to military spending. Cuba’s 40-60 year of blockade, CIA invasions, terrorist acts and other threats are a good example. Vietnam being directly bombed by US to ‘make an example’ is another.

Social Democracy is a system in which the state strongly regulates the economic sector, and keeps high taxes which taxes are then spent to better the lives of the citizens. The taxes are used for education, social welfare, infrastructure, social programs, whereas the state strongly regulates the economy so that what sociopath stuff Wall Street corps can do in USA, cant be done. Incidentally Scandinavian countries faced little threat or invasion in the past 100 years, that also helped greatly – they didn’t have to allocate their entire GDP to military spending like how USSR and others had to.

Social Democracy is intended as a transition stage from capitalism to Socialism.

Progression of economic systems according to left ideology goes as follows:

There is an alternative version, which was used by Lenin, Mao etc:

The first version is used by the left wing segments which want more smooth change, and the lower one is used by ones who seek rapid change. I added Star Trek at the end to communicate what kind of end goal is sought, in today’s terms.

Communism is a point where all means of production is owned and managed by the people who work with them, and the economy and politics goes in a very regional, delegated, but democratic fashion. So people who work in a factory own it, and manage it and share the profits among themselves and democratically decide their prices, production, whom to trade with, etc. Politics is also run in that fashion. Anarcho-Syndicalism which happens to be Noam Chomsky’s viewpoint, fits in this mold. Its a very good, participatory, democratic and free system (anarcho) but it has a major flaw – when you are facing an external threat, it is not easy to focus all GDP and manpower in defense and field a unified, strong defense against the threat. Early anarchic farming communities at the start of agricultural revolution were all undone by much smaller groups of organized and focused invaders. It’s an endemic problem of anarchism.

You may get confused by USSR at this point. USSR was a State Capitalist system with a maximal measure of social security and welfare. So much that everything in life was basically guaranteed, from employment to healthcare to education to disability. Even childcare. USSR model and previous Chinese model differ in that respect. But, they were under extreme threat by NATO (Nato had a plan implemented and progressing which was aiming to drop ~250 nuclear bombs all across USSR circa early 1960s, and didnt let go of that plan until later), and therefore allocated almost entire GDP to military spending.

In United States, there is great confusion and misuse of terms – Socialism is used in place of Social Democracy, and word communism is used for a weird perception of State Capitalism, mistaken as Socialism.

So Americans think that Social Democracy is Socialism, whereas they also think State Capitalism is Communism. But Scandinavian countries are Social Democracies.