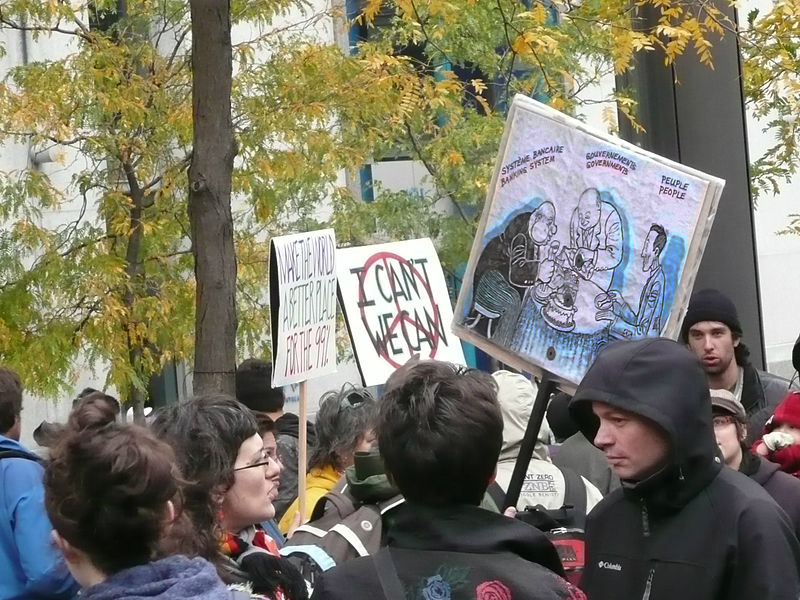 That’s why western establishment had had allowed protesting up until recently.

You take placards, yell together with a few ten thousand people who could gather somewhere, keep it for a few hours or days, and…

You have to work, you have responsibilities – children, or at least classes to attend if you are student.

Establishment knows you will eventually disperse.

But it didnt happen with Occupy Wall Street. People backed each other, they did not disperse, they started organizing at the spot – then you saw what the establishment did.

Revealed: how the FBI coordinated the crackdown on Occupy | Naomi Wolf

Protests are just a nuisance. That’s why they were allowed all these years.

What changed things in the past were not protests, but grassroots organizing.

That’s what civil rights movement was, that’s what suffrage movement was. They were organizing very large and wide, mounting up to massive voter bases which would eventually vote whomever was going to bring the policies they wanted.

Anything that changed things came with grassroots organizations and movements.

Today is no different.

Incidentally, that’s how the political power behind Reagan and now Tea Party grew from a ~100–150 people group of right wing extremist families to a force which dominated politics in US for over decades.

Power of Community Organizing – How to beat Corporate State Establishment