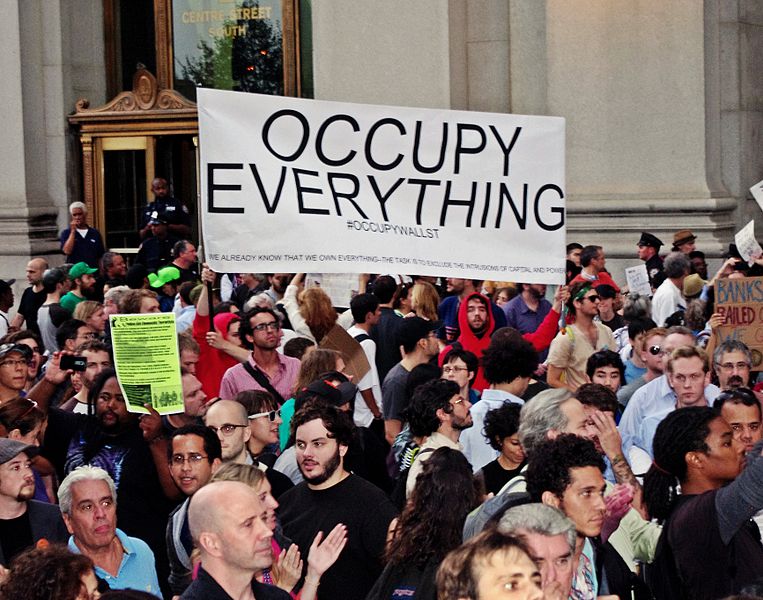 (originally published at Via Populi on September 13, 2015)

If you ever wondered how could the people possibly beat the rapacious power of Corporate stranglehold on modern societies, wonder no more:

The answer is Grassroots Community Organizing.

Grassroots Community Organizing is a sure way to change the tide for the people. The effect and power community organizing provides, eclipses private power which corporations exercise through private holdings of major businesses and media, and even their extensions in government.

To demonstrate this power, lets take an example from a rather distasteful period in from US political history:

A small group of people who called themselves ‘john birch society’ a short while after their inception – a few hundred people at most, started adjoining in each others’ houses and talking about how ‘the america they love was being lost’. These were radical right wingers, in a time in 1950s where many socialist measures were being adopted in USA, much to the benefit of american people – ~90%+ corporate tax, free education, social security, welfare, scholarships, social programs, community welfare, all kinds of things.

These people saw these as communism, and as ‘unamerican’.

They started taking over local administrations in their area one by one – they didn’t even scorn a measly neighborhood committee or a small town mayoral post. Local newspapers, local tv stations to radios – they went for every kind of post that had any kind of influence and power on their local society.

Every bit of this proliferation supported everything else they did through synergy. The effect snowballed.

Even if the federal government or state government did things that were progressive, these people undid any potential effects of these programs in their community through the community control they exercised.

Fast forward ~30 years, this political movement turned to what we today know as Reaganism. Eventually culminating in the modern-day termages of neocons, american religious right, and ‘red states’…

There is not much need to talk about these terms. You probably know enough about them. You know about what they did when they were able to acquire government power in the periods of Reagan, Bush senior and junior – many wars, constitution-violating Patriot act, suspension of basic freedoms, unlimited tolerance and power to Wall Street, 2008 global fractional reserve lending scam, the list is endless.

Just note that today they are even further in their power – with some states going as far to introduce legislation to allow discrimination of customers by private businesses, teaching creationism in schools, taking off secular leaders from school textbooks and even having an alarming amount of rhetoric regarding secession from the union.

Undeniable proof of the power of Community Organizing

The example is distasteful and its results are grotesque.

However, it is a shining example of the strength and reach of community organizing.

Through community organizing, these people basically created a society within a society, which was (and still is) practically immune to all kinds of impediment to their objective. Which basically enforced their philosophy unimpaired by any kind of intervention by central government, external political parties, private or state media and intelligentsia.

This is the power of grassroots community organization.

And this is the power through which people’s movements can reliably look to overthrow the near-fascist corporate stranglehold that has fallen on modern western societies today.

Setting up local organizations, taking over council, neighborhood and small town administrations, setting up solidarity programs through or outside the governmental administration, networking and collaborating with people in your area, social programs via or outside the government structures, setting up or taking over local media, newspapers, councils, regional administrations – all of these give people’s movements the power to withstand and neutralize the constant assault from private power and private power’s extensions in government and media.

Legal framework for community organizing exists in almost every country in the world. Moreover, political or social community organizations already exist in many countries. You can join one which exists in your area, or you can set up one by checking your local laws regarding this type of organizing.

Here is a good, easy to use guide to learn community organizing and its concepts:

Some Lessons Learned on Community Organization and Change

Here is a history of community organizing in United States

Here is a history of community organizing in United Kingdom