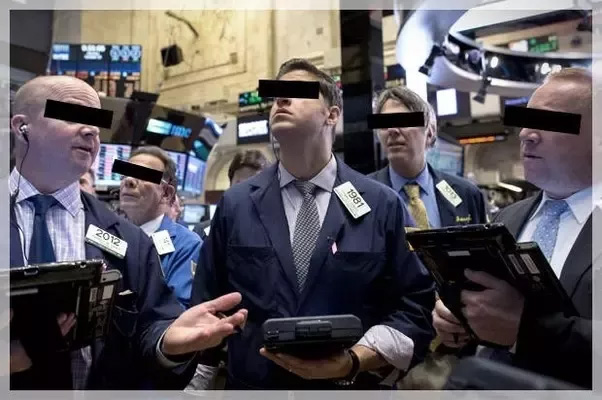 Have a look below and think:

Capitalism, in a nutshell.

Millions of tons of grain still rot in warehouses whereas people are dying of famine in Africa, even today.

Many people are waiting to die of medical conditions today in US, just because they don’t have money or good medical insurance.

Even Alan Greenspan, the guy who pioneered this current state of inequality, came out and declared inequality to be the biggest danger.

These Top Economists All Agree on the Biggest Problem the U.S. Faces

“I consider income inequality the most dangerous part of what’s going on in the United States,” Greenspan said. “You can see the deteriorating impact of that on our current political system, and you cannot talk about politics without talking about its impact on the economy.”

He is accompanied by many economists, political scientists and philosophers.

Enabling a waste in an unprecedented scale

The ones who are destroying the world for that imaginary wealth, are also excited from seeing profit opportunities in the pending destruction.

Profit From Global Warming or Get Left Behind

Capitalism is beyond morally justifiable.

A few notes for those who tend to repeat rather unsubstantiated mis-perceptions about Capitalism:

Technology is independent of Capitalism. It existed before Capitalism and progressed before Capitalism, and contrary to what you have been led to believe, it did not facilitate proliferation of benefits of technology. Illustrating with the earlier example:

We have the power to produce more food than what entire planet needs. Yet we are keeping grain in warehouses to keep markets happy. Capitalism is not facilitating proliferation of the benefits of technology to starving people, at all – it is preventing that, in order to keep profits high.

In a more base philosophical level, Thomas Jefferson, third president and one of the founders of us patent office had had stated that he saw no difference in between innovation in between countries which issued patents (capitalism – ownership of knowledge or advancement) and those which did not (aka socialism, communism in science/technology). He happens to be the 2nd president of United States, incidentally.

Scientific development can be seen to be at its biggest pace from mid 18th century to mid 19th century. Incidentally and very curiously, proliferation of usage of patents, big capital entering the science/invention fields en masse, also overlap with mid 19th century.

And here is its effects today:

The Return of the Patent Troll: 2015 in Review

As for “human nature” being greedy and selfish argument – that’s something which is repeated more by Neoliberalism proponents than actual Psychology.

A recent, ground-breaking experiment found out that Humans were inherently good.

Scientists Probe Human Nature–and Discover We Are Good, After All

Study discovered that, if people are not given time to think and prompted to act on their instincts, they overwhelmingly act selflessly, cooperatively, collaboratively – what we generally describe as ‘good’.

Study also discovered that when people were given time to think, their prior education, conditioning and indoctrination they received kicks in (hello, individualism), and they take selfish decisions.

After that point, its rather in vain to keep carrying the falsity about ‘greedy human nature.