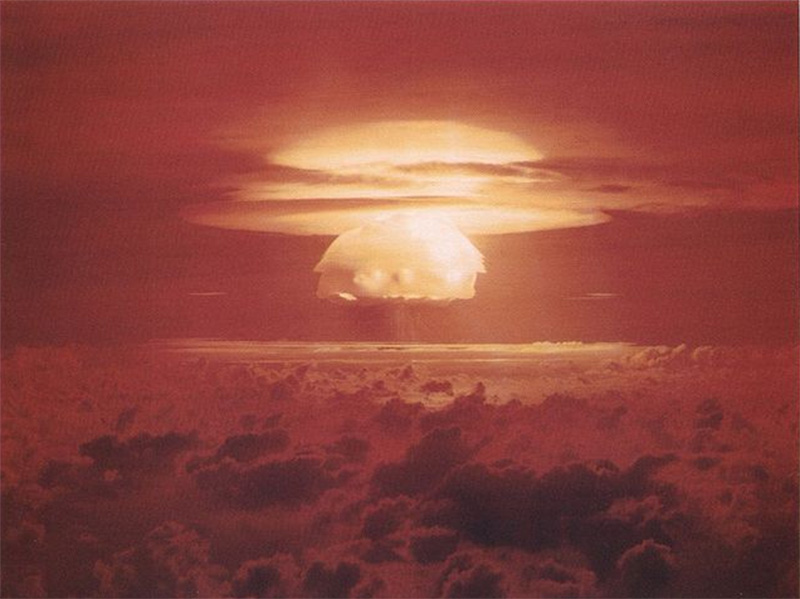 You may have pondered before the likelihood of an accidental nuclear war, or a nuclear war resulting from escalating tensions or similar scenarios, and have thanked your lucky stars that something like that did not happen.

You may have also thought that it was a good thing to have the politicians who are responsible with these things to have sufficient sense of reason to try to avoid such things.

The United States was going to do it, regardless of provocations, tensions, escalations, or any other justifiable reasons.

They have already decided that they would like to wipe out 30% to 40% of the world with nuclear bombs, and they already had had put a complex plan into action to drop ~200+ nuclear bombs all across Eastern Europe, Balkans and Asia to wipe out ‘undesirable commies’:

However, after the United States “tested” its nuclear arsenal in Hiroshima and Nagasaki in August 1945, Churchill and right-wing American policy makers started to persuade the White House to bomb the USSR. A nuclear strike against Soviet Russia, exhausted by the war with Germany, would have led to the defeat of the Kremlin at the same time allowing the Allied Forces to avoid US and British military casualties, Churchill insisted. Needless to say, the former British Prime Minister did not care about the death of tens of thousands of Russian peaceful civilians which were already hit severely by the four-year war nightmare.

Unthinkable as it may seem, Churchill’s plan literally won the hearts and minds of US policy makers and military officials. Between 1945 and the USSR’s first detonation of a nuclear device in 1949, the Pentagon developed at least nine nuclear war plans targeting Soviet Russia, according to US researchers Dr. Michio Kaku and Daniel Axelrod. In their book “To Win a Nuclear War: the Pentagon’s Secret War Plans,” based on declassified top secret documents obtained through the Freedom of Information Act, the researchers exposed the US military’s strategies to initiate a nuclear war with Russia.

(Note: It’s not Sputnik who is telling this – Sputnik is merely making news of a research by this Michio Kaku and Daniel Axelrod – another US physicist -, done using declassified Pentagon papers acquired through FOIA.)

The plan sought to manufacture 200~ nuclear bombs and develop and manufacture nuclear bombers to drop them across a vast swath of the world. They were going to totally obliterate entire countries like Albania because it was easier to do so than to deal with despite they were neutral.

The plan was implemented and underway, but Soviets developing the bomb hampered it

Just before the USSR tested its first atomic bomb, the US’ nuclear arsenal had reached 250 bombs and the Pentagon came to the conclusion that a victory over the Soviet Union was now “possible.” Alas, the detonation of the first nuclear bomb by the Soviet Union dealt a heavy blow to US militarists’ plans.

The appalling side of this plan is that, with 200+ nuclear bombs detonated in a vast swath of the planet, entire mankind would be destroyed in a matter of decades due to atmospheric, oceanic radiation poisoning and especially ensuing chain ecosystem collapse.

But, the military-industry complex which held uncontested power over US politics, Houses and White House until mid 1960s, had no qualms in doing that.