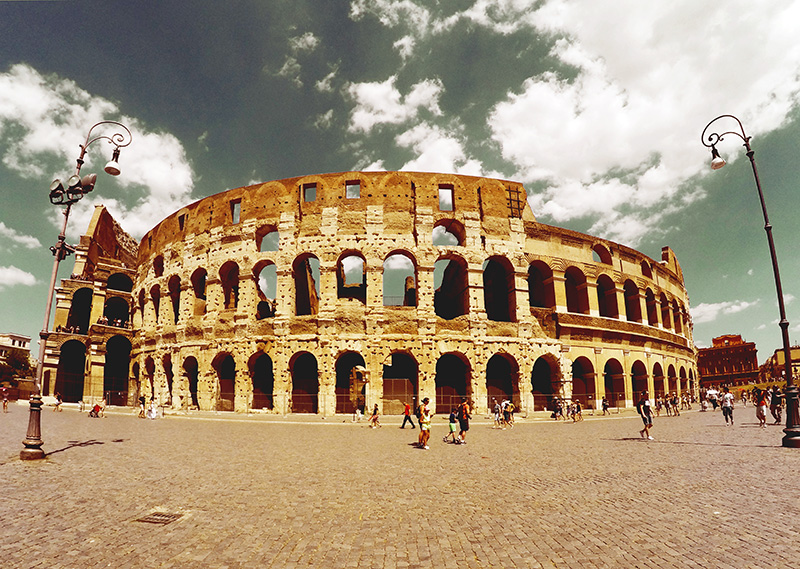 Past the historical fluff and grandeur, those who are interested in the lives of ordinary people, social dynamics, and the change of societies in history will easily notice uncanny similarities in between the state of societies of US and the Roman Empire before its fall.

There is immense overlap in between the social dynamics caused by inequality, power of the rich over politics, the moral and social decay and the power games which the rich strata of Rome played, and what’s going on in US today.

Roman Republic and later Roman Empire, were societies in which a tiny minority wealthy elite would rule over the majority through political institutions and control of martial power. Patricians, to be precise. In the times in which this control was contested by the people and successfully undermined through installing pro-people mechanisms (like Tribune of the Plebs ), therefore increasing the power of the public in politics and economy, Roman society prospered.

During late empire, the wealthy class became so exceedingly rich and their control over politics and economy became so unchecked and large. Which led to the final stroke – they legislated that legions could now be raised by private patriots, in an effort to cut expenses and therefore taxes. This led to any rich power-hungry character raising his own legions and becoming a strongmen. Leading to the wars towards the end of Roman Republic, and its eventual collapse and institution of the empire.

In addition, Rome was a society which ran on slave labor to a great extent. Entire peoples would be enslaved during conquests and then hauled off to Italian peninsula or other Roman provinces to be used as slave labor.

Another trend is also synchronous with the above trend: Towards late Roman Republic, big farms started growing to enormous sizes. These are Latifundia. Massive farm owners, using slave labor, flooded the agriculture market with cheap produce. This made it impossible for small farm owners to survive. In the end, these small farmers sold their lands to big farm owners and either moved to cities as unemployed, leading to bread and circuses, or starting to work for slave wages in those big farmers’ farms. By late Roman Empire, these farms were so massive in size that they eventually turned into feudal estates later.

By 23 BCE the newly formed Roman Empire was one hundred times larger than the republic had been at the time of the Punic Wars, and latifundisti were cultivating the soil of their immense estates with armies of slaves. In Nero’s time (37–68 CE), Pliny tells us, half the land of the North African province was divided up among six patricians and organized in huge latifundia farmed by slaves and native peasants. “Life on the great estate,” splendidly illustrated in mid-second-century mosaics in Tunisia, became a popular art genre. But it was an ultimately oppressive system that gave rise to slave revolts, like the one famously led by Spartacus in 73 to 71 BCE.

In the final years of the Roman Empire, these slave workers were replaced by coloni, small tenant farmers who became permanently attached to the estates (glebae adscripti ) and evolved eventually into feudal serfs. Latifundia persisted in Italy, Gaul, Spain, southern Britain, along the Rhine, and in the eastern Byzantine Empire for centuries after the fall of Rome; in Sicily they survived until the 1950s. Even if, after the German invasions, a new class of landowners began to emerge as different groups adapted the Roman agrarian system to their particular needs, there still existed considerable continuity over the centuries, from the Roman latifundium and its slaves to the manor and its serfs.

So towards the end of Roman Empire, there was a situation in which a very tiny minority rich controlled the economy, politics, and rest of the people (free and slaves) worked in their estates in deplorable conditions. People had no power in the politics and economics of their country, naturally leading to lack of will in propagating or defending the society. Roman army also increasingly relied on provincials and the later auxiliaries and even mercenaries. Gone were the days of early Roman Republic in which generations of citizens would easily give their lives for their society in Republic’s armies.

Today America and its society is the same, and running towards the same end.

A very tiny minority elite owns and commands the economy, and therefore politics. Whereas people rightfully think that their vote does not change anything (Vanishing Voter – Shorenstein Center ) and they don’t have any input in what happens in their country.

Massive corporations are the equivalent of massive latifundia, and they employ millions of people in underpaid jobs, flood the market with cheap products, leading to bankruptcy of small businesses and individuals, and these ending up having to work for the very corporations which bankrupted them, like WalMart.

Slaves are not imported, but instead jobs are sent overseas through outsourcing to produce goods and services with slave labor, which are then imported into US by the very corporations we spoke of, further exacerbating the situation.

Whereas the rich class which owns the economy uses that financial power to control political process and push laws to facilitate all of these, ranging from deregulation to pushing of entire coups like TTP/TTIP/TISA. They try to enforce these on entire world, wherever they can reach.

It doesn’t end there – even the privatization of the army has begun. The recent legislation that allowed private ‘security’ companies, ended up in mercenary armies like Blackwater coming to being. These companies have more loyalty to who owns them and pays their paycheck, than any public assembly like Congress or Senate – exactly like late Roman Republic legions.

Forgot to add: US directly copied numerous Roman institutions consciously all the way from the start, and Rome was admired by a sizable chunk of its founding fathers.