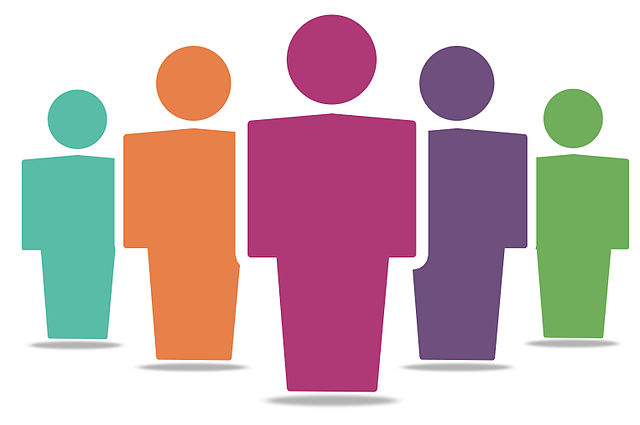 It sounds too ‘magical’ to be true, right.

That’s because it actually is – both true, and magical.

Let’s see what kind of thing these cooperatives are, and then demonstrate how they transform the economy and society.

What Cooperatives are and how they work

Cooperatives are worker-owned enterprises. They provide products and services just like any company, however they are owned in equal shares by their owners. Moreover, they are democratically controlled.

Worker-owners vote to elect representatives among themselves to managerial positions. These managers than take decisions according to the policies the Worker-owners set. Decisions are taken through direct democracy as much as possible, however managers are needed for things like day to day operations, which you can’t reasonably put to vote every other day. So, a cooperative is a very participatory and engaging workplace. Worker-owners not only own the firm, but also run the firm together.

So, when you buy from a cooperative, you give your money not to a massive Wall Street corporation with nameless, billionaire investors who have nothing to do with working to bring you your product, but to people who actually worked to make that product possible.

So what effect do Cooperatives have in the society and economy

Foremost is democratization of Economy and Politics

The bigger the cooperative and more workers it has, the more worker-owners it has to take on.

So, a cooperative which has 3000 workers is an institution that is run democratically by 3000 people who actually work in the cooperative. And the profits are shared among these people.

This is totally the opposite of a corporation which would have 3000 workers, but a few tiny majority shareholders would share the profits from whatever the company produces.

Therefore, as bigger swaths of the economy are run by cooperatives which employ millions of workers, millions of people take decisions which impact the economy instead of few majority shareholders of a few mega corporations.

This has two immediate beneficial effects:

As you probably know wealth is easily translated to political power through many mechanisms that allow massive wealth to influence politics and elections. Therefore democratization of the economy and widespread and egalitarian distribution of the profits prevents concentration of both political power and economic power in the hands of a privileged minority.

Another benefit is greater participation of people in economy and politics

If people have power to run their own economic affairs and impact the economy, they are more inclined to take action regarding issues in their society. It goes without saying that people who are used to thinking and making decisions in their workplace every day and taking ownership and responsibility of issues, will naturally carry that behavior to life outside their workplace.

People become active and participate in their society instead of remaining passive as a habit. They are more inclined to take part in their neighborhood associations, community organizations, charities, NGOs and even political activism.

This is coupled by the ever-present constant education cooperatives give their worker-owners, providing a healthy, active and educated public.

Win-win, in both cases.

These people do not put their personal profit ahead of the safety of their own children or their neighborhood. They can’t. Worker-owners in a local cooperative which produces dairy products cannot even imagine selling conspicuous dairy products.

This is a much stronger incentive beyond reputation of the cooperative – it is a direct concern to set and keep standards high.

Even better, this culture of high standards and social concerns becomes permanent – even if the cooperative grows big, it tends to keep the cultural traits it picked up during its inception phase.

Not surprisingly, the worker-owners of the biggest cooperative in the world, Mondragon Cooperative, had voted to produce only products which had actual meaning and made an impact in the lives of the people a few years ago. Mondragon is a massive organization which has 80,000+ workers in hundreds of cooperatives which are active in 30+ countries around the world!

When you are buying from a cooperative, you not only buy higher quality products produced with more concern than an ordinary corporation in return for your money. You also put your money into circulation in your local economy.

The worker-owners of a cooperative active in your area are your neighbors, your fellow city folk. When you do business with a cooperative, your money is distributed among these people. These people then take the money they earned from you, and spend it in your locale, further stimulating the economy.

Your money does not go into the balance sheet of a a major mega corporation or its rich shareholders and then gets hoarded in an investment fund that prefers to make money through financial machinations than actually investing the money back into physical products or services. So it escapes what is called ‘financialization of the economy’.

Therefore doing business with a local cooperative self-reinforcing feedback loop that keeps the money in local economy. It benefits the worker-owners, your locale, your neighbors and you.

How about working in a cooperative

Remember how as you do more business with cooperatives, they get bigger?

What could be better than working in a place in which you have an actual share and say? How about getting a fair share of the profits in return for your work?

It is great. Nothing beats having a say in your job, your economic life, and your society.

“Im’ sold. How can i find cooperatives in my country/locale”

There are many cooperative registries which can easily be accessed through internet. All you need to do is to search for cooperatives in your area by searching for proper keywords. Like “your locale” + “cooperative”. Or, “cooperatives in” + “my area”. Which bring many results.

For example here is a list of cooperatives in United States.

And, a broader list of cooperatives in many countries here.

Asking around in your community/locale is also a great idea. People will know.

Once you identify a cooperative in your area, learn the product brands they sell. And when buying anything, try to look for one of their products in that category first, only consider non-cooperative products if you aren’t able to find the product in your local store or market.

Moving your money to credit unions instead of major banks is also a good idea. There are cooperative banks like National Cooperative Bank (US) as well.

Online forums, communities regarding cooperatives also make finding and working with cooperatives quite easy. You can find these through internet and join and participate for free.

How’s that for rapid, easy and win-win change?

See, in just one go, you can not only easily push rapid transformation of society and economy in your locale, but also enjoy great benefits for your own life and finances as well.

Get a great start to your day tomorrow by searching for cooperatives in your area and planning how to carry over your business and your daily purchases to them!

For your benefit, for the society, and for the future.