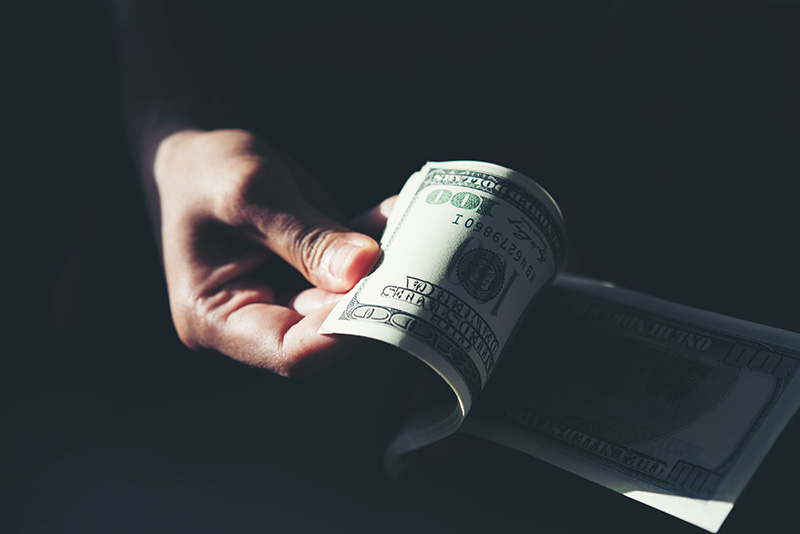 But of course it does.

It’s named after capital – Capital-ism, after all.

Capitalism is the system in which capital is not restricted or capped. It can increase to an infinite size if it can, and also one single person can own all the capital in the world. Its unlimited in regard to concentration of wealth.

How much work W. Bush has done in his lifetime to attain the positions he has attained and the wealth he has, you think? Or how much work would Rockefeller heirs need to do to keep their wealth?

None – all they need to do to is to vote for the best possible Ivy league graduates to run their wealth for them.

This brings us to another factor – upper middle class segment in society.

This segment is the segment which does the work of the big capital owners – rarely the wealthy families run their wealth, and rarely do they need to. We have an entire social strata of intelligent, educated people to do their work for them – from Ivy league grads dotting the Boards to upper middle level management positions.

This segment of society is the part which can benefit from Capitalism without already having money. Because they sell their intelligence and skills to run the wealth of those who have it.

But, this segment tends to be the sons and daughters of people who were already in this segment or at least upper middle class before. From going to good schools to getting accepted into a good college, from having connections to enable these to connections to get a job in a similar position, being upper middle class helps. So a measure of wealth and social position is needed even for that segment.

You will find that most of those who will be argumenting to say that Capitalism works for everyone are people from among this segment – educated professionals, people in mid to upper level positions in corporate ladders, those who had enough fortune to open their own businesses, or people who are from this segment, but in education phase of their lives in college. With a very small fraction of individuals who ‘pulled them by their bootstraps’.

You won’t be finding someone who has to work two minimum wage jobs and rely on food stamps to feed her family coming here and talking about how good capitalism has been for her family. They don’t have the time or energy to participate in discussions in defense of Capitalism, unfortunately.

That one didn’t even needed to feed a family under dire circumstances. All she wanted to do was a little bit traveling, she worked hard for it in FOUR jobs, and died in between.

In real world, generations of majority live and die in poverty, sometimes rising their head a bit over the average of their segment, rarely getting into upper middle class through exceptionally gifted offspring, but mostly staying in their social strata.

There are episodes in human history in which open, unconquered frontiers like digital revolution, Internet etc enable the poor class or middle class to be able to break out solely with the talents of their offspring. But these frontiers are eventually conquered by big capital and subdued.

Talk of American Dream, European success is done by those who defend that Capitalism do better lives of people, but all this talk is done without pointing to the fact that the betterment of the life of ordinary citizen in both cases came with extensive social security programs, welfare, public colleges and various other socialist methodology. And similarly gets omitted the fact that when Reagan and his crowd started abolishing or gimping those socialist programs, poverty and desolation returned to US, inequality skyrocketed and social mobility got the shaft. Converging back towards how it was in late 19th century…

In country-level, the story is no different:

Where is the success of Capitalism in Africa, South America, SE Asia?

Where is the spectacular success of Capitalism there? With all the poverty, famine, desolation, lack of public services, modern life standards?

That’s majority of the world, by the way.

For as mentioned before, the betterment in the life standards of the majority came with implementation of socialist programs in mid 20th century – With Clement Atlee starting social welfare state of Britain, and with (surprisingly) Republican and Democrat presidents in US starting with the social welfare state of US. Same trend in France, post war Germany.

Now, since last 30 years, especially US and UK had been dismantling the social welfare state and letting capitalism free like how it was in late 19th century, and now we have the privilege of being able to see abject poverty and extravagant, wasteful luxury side by side in the middle of these developed countries

More Than 2,600 Died Within Six Weeks Of Being Deemed ‘Fit For Work’, Reveal Government

That’s Britain. The ‘Great’ One.

After a lifetime of hard work and retiring:

Too poor to retire and too young to die

13,000 fall into homelessness every month in L.A. County, report says

In many cases, it doesn’t matter whether you are talented and whatnot:

Now check out these people in contrast:

Even more examples in below answer:

What are examples of rich people being far removed from reality?

As you can see, Capitalism works very well for these people, even if they don’t work themselves.

So, the answer to this question is a time-tested and proven “Yes”.