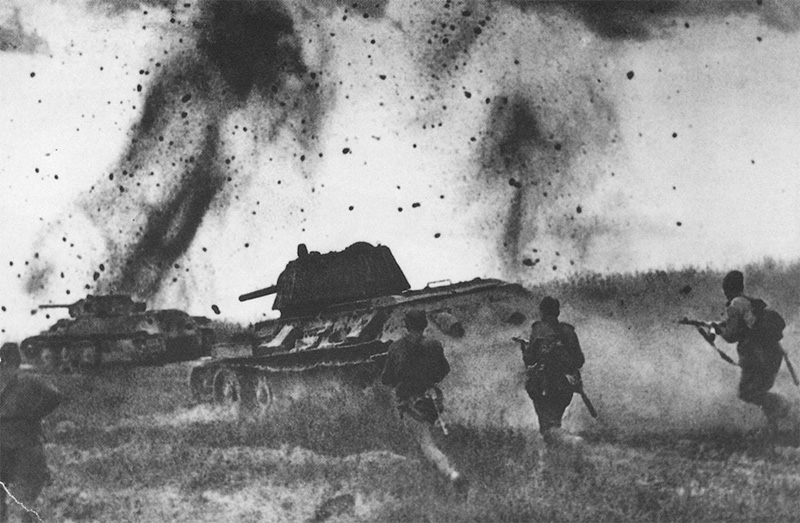 A contested topic with many arguments.

But when we look at the details behind the war, we reach a conclusive answer.

Let’s start by looking at Khalkin Gol and the dates of Molotov-Ribbentropp pact tells the tale:

Battle of Khalkin Gol as USSR vs Japanese starts in east asia at 11 May.

Japan is one of the axis countries and in anti comintern pact. It was a pact made explicitly against communist countries. That being USSR at the time.

So there is no way in hell german staff did not know about what was about to transpire in khalkin gol. Japanese said the battle was because of a rogue general taking initiative and initiating the conflict and tokyo didnt have a hand in it, but thats total bull – during 4 months tokyo could have ordered their general to stop or removed him. They didnt. This means that this explanation is just an excuse japan government used to test USSR before engaging in a full scale war.

So we can easily say that Nazis knew about Khalkin Gol beforehand, and the test was not only for Japan’s ambitions, it was also a test of anti-Comintern against USSR.

Things get interesting after this point;

You can easily guess that by august, the rate Khalkin Gol battle was going was evident, since 20 august was the date Zhukov started soviets’ final attack which moped up the japanese and ended the war.

So signing of Molotv-Ribbentrop pact is AFTER the final soviet offensive starts in khalkin gol, at which point there was no mistaking who won the confrontation and in what state. Basically soviets overran japanese, actually using the very tactics and strategies they were going to use in beating the nazis.

Now, going back to the sequence of events, invasion of poland as per molotov-ribbentrop pact starts on 1 september.

You must have noticed the eerie ‘coincidence’ in sequentiality of these events. It seems like the axis was testing USSR, and when the test didnt go so well, the pact was signed…

Then something weirder happens. The ‘Phony War’.

Allies declare war on Nazi Germany on 3 September. Yet, they do nothing for eight months, while German army was busy in Poland for one month, and then was hauling all the divisions they used in polish campaign to the west.

So basically despite the industrial heartland of nazi germany, ruhr valley, is under the guns of french and british on one side of the border and a well placed push by the allies could just overrun ruhr valley (with a slight exaggeration), they do NOTHING and sit and wait for germans to bring their full force against them.

They were waiting for nazis to attack USSR. which was basically the expectation of entire western establishment since inception of nazi party power in germany – it was also the reason why there was so much ‘tolerance’ against nazis and them basically annexing almost all of central europe bit by bit.  An openly militaristic, hostile country was tolerated that much until they got so powerful that they were able to subdue the ones tolerating them.

We are told that this was due to incompetence of western administrations.. Of course, that is nonsense – british administration, french administration do not change with changes of single elected leaders and their 10-12 men cabinets – they are entirely established bureaucracies with entirely solidified policies and methods over 200 years – even if the leaders would flop, bureaucracy does not let them flop. You can see that in every single incident in the last 150 years of these countries’ affairs. So it would be idiotic to assume that it would flop at this exact, specific and convenient time in history.

In reality, of course, it wasnt a flop. nazi germany was reared to attack USSR and destroy the ‘threat of communism’ which was worrying so many industrialists and financiers and aristocrats in the west.

Hence their insistence on not signing any kind of pact or alliance against nazis, hence the ‘phony war’ and waiting for nazis all those months, and hence the US corporations’ unbelievably treasonous aid to nazis even as nazis fought american troops in europe. (In the first linked answer)

But ‘some factors’ – like khalkin gol – turned hitler’s attention to the west, and despite SO many hesitations and fears of the western campaign ending in a potential disaster (german staff was not so sure about blitzkrieg and its potential successes at this point because polish army was not so well armed and organized, and half of the invasion was carried out by USSR), they chose to attack the west. The chronicles after the success of battle of france talk about a hitler who was cheerful like a child, due to the unimaginable success they had with the new golden tactic they had – including the german staff.

This has probably boosted up their confidence in order to be able to even consider attacking USSR. even then, there was strong opposition to operation barbarossa among german staff. But, hitler wanted it and that’s that.

The rest, is history. Despite putting almost all of their army into operation barbarossa and having great success at the start thanks to blitzkrieg, it didnt take soviets 4 months to stop the entire affair and mount their first counteroffensive in moscow on 5 december 1941.

Then despite putting ~90% of their entire army into eastern front, germans got mauled into oblivion day by day, making the eastern front the dreaded place it was – a place which was used as a threat against anyone who went out of line – ‘watch out or you will get sent to eastern front’.

Could blitzkrieg succeed in enabling a german victory?

First, soviets had no intention of surrender.

So, even if Germans overran entire eastern Europe all the way to Urals, USSR would still be fighting them with a similar force – almost all tank production was done in east of Urals even before the war, and a lot of production was shipped to east of Urals after the war started.

Nazi strategy seem much like japanese strategy against usa at this point – a devastating surprise attack, hoping for an easy capitulation of enemy or signing of a favorable peace treaty.

Nazis also saw slavs as ‘inferior’, and they had delusions and evaluations like them ‘being weak’, ‘lowly’ and whatnot. That’s one of the reasons why T-34’s appearance also shocked them to their core – they didnt believe soviets could produce something better than best of their own engineering.

So based on these ideological and racist tenets, they did believe that they could bring a swift victory through a capitulation – after all, they did it for almost all of europe before, didnt they.

It was idiotic. And the end result had been a disaster for them.

Long story short – there was no way Nazi Germany could win against USSR alone, without help.

Ill even throw a bonus and analyze what would happen if nazi germany made the Atomic bomb at an early point in war in which they could actually use it:

after devastating a few or many cities in eastern europe, they would eventually be beaten back – producing a bombs is not easy, it requires decent resources, but delivering them is even harder – german heavy aviation was weak, with their strongest and longest range aircraft being remainder of mid 1930s era designs, Condor. There werent so many condors either.

Which would mean that germany couldnt even deliver a few atom bombs to industrial centers east of moscow, passing through the massive soviet air force (~170,000+ planes manufactured and used during the war). Leave aside delivering the bombs to east of urals, where soviet war industry was moved before and during the war.

But they would make a decent part of eastern europe poisoned with radiation, with possible effects on german mainland itself.

So the situation would not change.