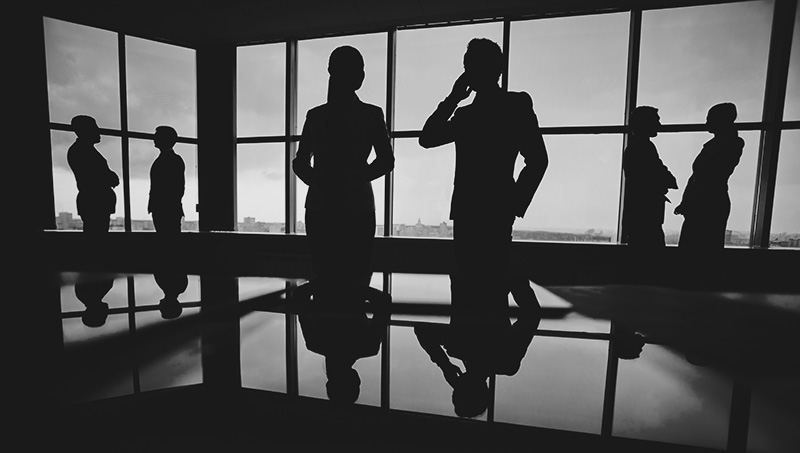 Corporate Tyranny is one or more private large shareholders totally dictating entire policy of a massive organization like corporation.

There is no democratic mechanism, no participation, no kind of decision power in anyone else. Majority shareholder dictates entire policy ranging from what to produce, how, where to sell to who is hired and who is fired. There is no venue for recourse for anyone in the corporation against his/her decisions.

You either accept the policy and ‘do your job’, or they fire you and hire someone who will do what s/he is told.

For example you can’t have any say in whether you will sell a drug which will kill hundreds of thousands of people. If you don’t want to do it, they will fire you and hire someone who will.

When you think about it it doesn’t sound like much – a family business would run its affairs like that and it wouldn’t poke the eye.

But, massive organizations like Walmart, which employs around ~3 million people and is an economic entity larger than 150 countries in the world are run in the same manner.

3 million number is already larger than many UN member countries in the world. Being economically larger than 150 countries is even more far out – if corporations were allowed to set up their own ‘security’ (aka military), Walmart would instantly transform into an actual empire.

Then it wouldn’t need the government to make any policies. It would directly decide and enforce its own policy down the throats of everyone in its sphere of influence.\

But, we don’t allow corporations to have their own armed forces. Hence, they are not able to directly dictate policy.

Therefore they have to subvert the government for their purposes. Lobbying, election funding, media propaganda, many different means allow corporations to subvert and control the government, which then allows them to dictate policy outside their corporation. And even inside the corporation, since laws and regulations also cover corporations’ internal mechanics.

But it’s inefficient. There is democratic process. People – like you – can be pesky and participate, and influence the decision making process. You can even push anti-corporate policies if you mobilize enough to overwhelm the media ‘opinion making’ and election funding mechanics. Therefore government is a major hunchback for corporate interests – one in which you also have a stake, have power.

They would like to totally destroy the government, and take all those laws, regulations and your pesky democratic decision making input out of the way. Hence the immense propaganda about ‘small government’ which gets funded by such corporate interests.

As Chomsky explains, shrinking government would require transfer of government functions to other elements, since many of those functions still need to be there. And incidentally who is going to take over those functions? Private initiative – the very same corporations.

Thus, the industry would ‘regulate itself’, by all kinds of regulatory agencies being private. That works so well, as demonstrated in the financial shenanigans which led to 2008 global market crash, in which the financial rating agencies colluded with banks whose financials they were supposed to ‘reliably’ rate, giving sunken financial assets high ratings and facilitating their sale for profit. They gave AAA ratings to hot air, basically. As a result, a massive scam was facilitated, leading to a massive global financial crash, total destruction of trust in between all financial institutions, and a crisis which will potentially never be fully resolved.

The corporate tyranny Chomsky mentions would go further than that – when critical functions of government are transferred to private hands, things like prison industry transforming into slave labor camps and justice being perverted to facilitate incarceration for profit would become the norm. When you imagine police, military, justice in private hands, you can get the full idea.

That’s when Walmart would transform into an empire.

In such an environment, these private minority elite owning these corporations would rule without any challenge and democratic input from anyone else. The “market” wouldn’t matter anything because the armies which the 150th economic entity of the world and similar corporations would set up would invalidate any kind of mechanic which would contest their domination – that is before the fact that any kind of challenge would be eliminated ‘legally’ in privately owned courts, enforced through privately owned police before it even comes to their army.

No different than feudalism, in which the massive landholder owned massive land, everything on it and enforced his rules and interests through his privately funded army.