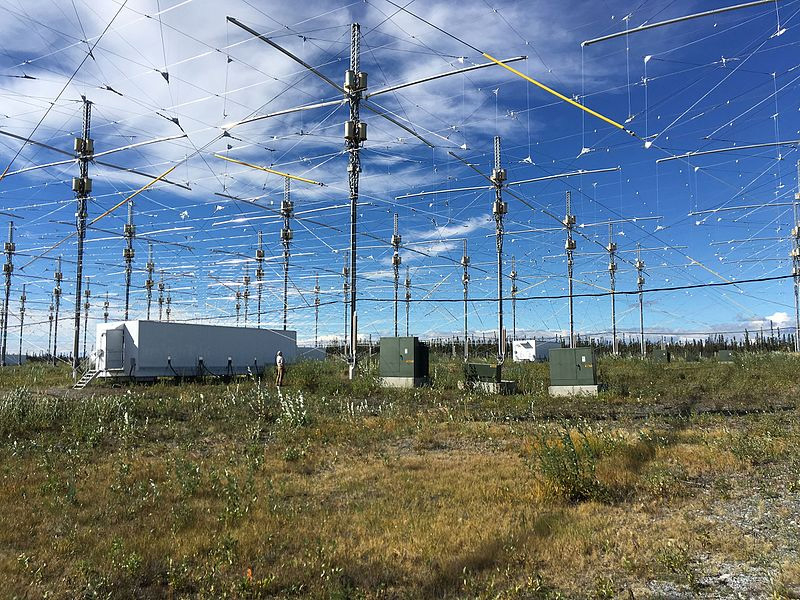 Heaploads of former ‘conspiracy’ theories were revealed to be true either due to FOIA requests and court orders, or by the agencies who perpetuated them just declassifying their info after ~40 years.

Below are some. Pretty horrible stuff, actually. Some most outrageous ones are listed below. The funniest one, is the last.

Project MKUltra—sometimes referred to as the CIA’s mind control program—was the code name given to an illegal program of experiments on human subjects, designed and undertaken by the United StatesCentral Intelligence Agency (CIA). Experiments on humans were intended to identify and develop drugs and procedures to be used in interrogations and torture, in order to weaken the individual to force confessions through mind control. Organized through the Scientific Intelligence Division of the CIA, the project coordinated with the Special Operations Division of the U.S. Army’s Chemical Corps.[1] The program began in the early 1950s, was officially sanctioned in 1953, was reduced in scope in 1964, further curtailed in 1967 and officially halted in 1973.[2] The program engaged in many illegal activities;[3][4][5] in particular it used unwitting U.S. and Canadian citizens as its test subjects, which led to controversy regarding its legitimacy.[3](p74)[6][7][8] MKUltra used numerous methodologies to manipulate people’s mental states and alter brain functions, including the surreptitious administration of drugs (especially LSD) and other chemicals, hypnosis,[9] sensory deprivation, isolation, verbal and sexual abuse, as well as various forms oftorture.[not verified in body]
The scope of Project MKUltra was broad, with research undertaken at 80 institutions, including 44 colleges and universities, as well as hospitals, prisons, and pharmaceutical companies

Operation Mockingbird is a secret campaign by the United States Central Intelligence Agency (CIA) to influence media. Begun in the 1950s, it was initially organized by Cord Meyer and Allen W. Dulles, and was later led by Frank Wisner after Dulles became the head of the CIA. The organization recruited leading American journalists into a network to help present the CIA’s views, and funded some student and cultural organizations, and magazines as fronts. As it developed, it also worked to influence foreign media and political campaigns, in addition to activities by other operating units of the CIA.

In addition to earlier exposés of CIA activities in foreign affairs, in 1966, Ramparts magazine published an article revealing that the National Student Association was funded by the CIA. The United States Congress investigated the allegations and published a report in 1976. Other accounts were also published. The media operation was first called Mockingbird in Deborah Davis’s 1979 book, Katharine the Great: Katharine Graham and The Washington Post

COINTELPRO (an acronym for COunter INTELligence PROgram) was a series of covert, and at times illegal,[1][2] projects conducted by the United States Federal Bureau of Investigation (FBI) aimed at surveilling, infiltrating, discrediting, and disrupting domestic political organizations.[3]

FBI Director J. Edgar Hoover issued directives governing COINTELPRO, ordering FBI agents to “expose, disrupt, misdirect, discredit, neutralize or otherwise eliminate” the activities of these movements and their leaders.[5][6]Under Hoover, the agent in charge of COINTELPRO was William C. Sullivan.[7]Attorney General Robert F. Kennedy personally authorized some of these programs.[8] Kennedy would later learn that he also had been a target of FBI surveillance.

The Nayirah testimony was a testimony given before the Congressional Human Rights Caucus on October 10, 1990 by a 15-year-old girl who provided only her first name, Nayirah. The testimony was widely publicized, and was cited numerous times by United States senators and the American president in their rationale to back Kuwait in the Gulf War. In 1992, it was revealed that Nayirah’s last name was al-Ṣabaḥ (Arabic: نيره الصباح‎) and that she was the daughter of Saud Al-Sabah, the Kuwaiti ambassador to the United States. Furthermore, it was revealed that her testimony was organized as part of the Citizens for a Free Kuwait public relations campaign which was run by Hill & Knowlton for the Kuwaiti government. Following this, al-Sabah’s testimony has come to be regarded as a classic example of modern atrocity propaganda.[1][2]

In her emotional testimony, Nayirah stated that after the Iraqi invasion of Kuwaitshe had witnessed Iraqi soldiers take babies out of incubators in a Kuwaiti hospital, take the incubators, and leave the babies to die.

Her story was initially corroborated by Amnesty International[3] and testimony from evacuees. Following the liberation of Kuwait, reporters were given access to the country. An ABC report found that “patients, including premature babies, did die, when many of Kuwait’s nurses and doctors… fled” but Iraqi troops “almost certainly had not stolen hospital incubators and left hundreds of Kuwaiti babies to die.”[4][5] Amnesty International reacted by issuing a correction, with executive director John Healey subsequently accusing the Bush administration of “opportunistic manipulation of the international human rights movement”.[6]

Probably the most horrible of them all, and apparently still in progress:

Operation Gladio (Italian: Operazione Gladio) is the codename for a clandestine North Atlantic Treaty Organisation (NATO) “stay-behind” operation in Italy during the Cold War. Its purpose was to continue armed resistance in the event of a Warsaw Pact invasion and conquest. Although Gladio specifically refers to the Italian branch of the NATO stay-behind organizations, “Operation Gladio” is used as an informal name for all of them. The name Gladio is the Italian form of gladius, a type of Roman shortsword. Stay-behind operations were prepared in many NATO member countries, and some neutral countries.[1]

The role of the Central Intelligence Agency (CIA) in Gladio and the extent of its activities during the Cold War era, and any relationship to terrorist attacksperpetrated in Italy during the “Years of Lead” (late 1960s to early 1980s) is the subject of debate. Switzerland and Belgium have had parliamentary inquiries into the matter.[2]

Long story short NATO created clandestine paramilitary organizations to keep countries under NATO influence, going even to the extent of staging fake terrorist attacks and blaming them on left wing groups, as in the case of Italy, and serial murders of journalists, politicians, activists, writers, trade unionists, ethnic leader in the case of many other countries, especially Turkey. Prosecutions are still going on in Italy and Turkey, and each of these are big topics.

In 1995, former U.S. Secretary of Defense Robert McNamara met with former Vietnam People’s Army General Võ Nguyên Giáp to ask what happened on 4 August 1964 in the second Gulf of Tonkin Incident. “Absolutely nothing”, Giáp replied.[5] Giáp claimed that the attack had been imaginary.[6]

In 2005, an internal National Security Agency historical study was declassified; it concluded that Maddox had engaged the North Vietnamese Navy on August 2, but that there were no North Vietnamese naval vessels present during the incident of August 4. The report stated regarding the first incident on August 2 that “at 1500G,[note 1] Captain Herrick ordered Ogier’s gun crews to open fire if the boats approached within ten thousand yards. At about 1505G,[note 1] the Maddox fired three rounds to warn off the communist boats. This initial action was never reported by the Johnson administration, which insisted that the Vietnamese boats fired first.”[7]

And the funniest – HAARP

Conspiracy theorists kept telling that HAARP was a weather manipulation tool, and they were ridiculed by many by saying that it was an official ionosphere research project.

1-1.5 years ago, during a hearing of Appropriations Subcommittee, David Walker, (Deputy Assistant Secretary of the Air Force for Science, Technology and Engineering) in response to a question from Rep. Lisa Murkowski, just bluntly and nonchalantly said something like ‘Yes, we were using HAARP for weather manipulation, but now there are better technologies available, so we are going to shut HAARP down because we are moving to new ones’.

The video is down below the article and its very funny – at around 2.56 minutes into the video, Walker replies and just tells that they were controlling Ionosphere.

There are many other lesser ‘conspiracy’ theories which turned out to be true, however that’s too long a list. These most outrageous ones would give you some fun for a long while.

2 thoughts on “Conspiracy Theories which turned out to be true”