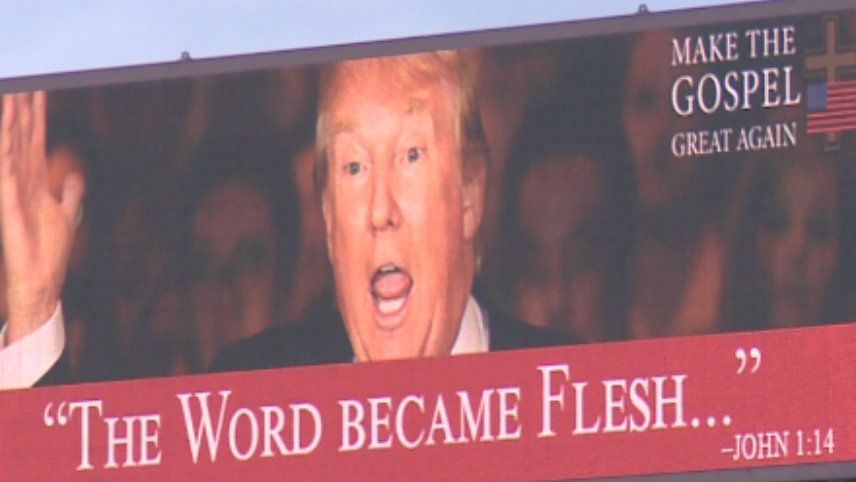 The state of matters

Just check out how things are going in US lately:

Radical right wing has been going more extremist, and organizing and consolidating their power base. The above video is not an isolated incident or a far-off happening. In reality worse things are afoot:

Evangelicals told Trump he was “chosen” by God. Now he says it himself

Trump Keeps Alluding to Extending His Presidency. Does He Mean It?

White nationalism remains a problem for the military, poll suggests

White supremacism in US military

Deputizing the Military as a Civilian Police Force. That Is Terrifying.

The extreme right in US have been organizing, radicalizing and taking power wherever they can, however they can. This trend follows the trends in other Western countries which have been taken over by religious or nationalist extremists.

And one trend that is common in all these cases is persecution of Liberals and non-compliant elite.

The takeover of a democratic society by religious or nationalist extremists always follows the same pattern:

First, a right wing movement takes a spearheading role in Conservative segments of the society. Like the Tea Party in US.

With the leadership of these radicalized Conservatives, the Conservatives gain considerable or barely sufficient majority in elections and get the government.

The radicalized government starts placing its own people everywhere, from administration posts to low-level functionary posts ranging from minor responsibilities in education, finance, justice to military and police.

The power structure swiftly changes hands. Appointees in government and bureaucratic posts start to favor their own social segment at the expense of the rest of the society.

When the takeover is stable enough, the extremist elite starts targeting and persecuting non-compliant elite.

First, these segments are reviled by immense propaganda of the compliant media, by conservative media personalities, by incessant, hostile sermons in religious institutions like churches.

Then, these non-compliant elite find their property and wealth targeted – be it their investments, be it their corporations, be it their real estate property. This happens either through allegations of corruption and ensuing investigations, or the ever-popular ‘tax inspections’.

And after they are found guilty, the non-compliant elite find their properties being taken over by any legal or semi-legal mechanism and then transferred to the compliant Conservative elite.

And personal persecution happens. It can come after the attack on the wealth of the non-compliant elite, or alongside it. Among an immense campaign of vilification, alleged or real dealings of these personas are investigated, and eventually they are found guilty in one way or the other.

At that point, these people have no chance but to escape abroad – if they can, that is, because before that point the extremists generally put a travel ban on these people.

When the persecution of the non-compliant elite is complete, the persecution starts to expand to larger segments of the society: The same process is repeated for upper-middle, then middle class non-compliant liberals, intellectuals, left-wing people and anyone at odds with the prevailing extremist conservatism – even moderate conservatives.

Which stage is US at?

The situation in US is unfolding fast in various fronts even ahead of the above typical progression:

Trump has already started targeting the wealth of non-compliant elite by initiating precision sanctions and tariffs, which target not only liberal elite’s business interests, but even non-compliant conservative elite – the only ones who escape the ever-expanding tariffs are those conservatives who were already in Trump’s camp, or those close with Trump himself.

Takeover of power structures via organic grassroots organization exists and continues as can be seen from the earlier references, and extremists are infiltrating and taking over critical bureaucratic and executive positions which are not favored by the liberal segments due to the low pay of these positions or these positions not being popular among the liberal segments. These positions are critical to enforcement of existing laws, and if they just do not enforce the law, there is little recourse anyone else can do.

Distorting electoral scale via gerrymandering or exclusion of voting blocks has always been there, and its picking up. This allows the extremists to not only peacefully take over many positions of power, but also give sufficient appearance of legitimacy to their takeover.

Vilification propaganda exists, and is getting stronger. From Fox News to prominent religious personas, entire conservative spectrum is doing an incessant and ever-increasing propaganda about ‘Liberal elite’, ‘their corruption’, ‘them dragging down America’. They are going to the extent of labeling these people as satanic, evil, while accusing them of various imagined evil deeds.

Trump already intends to stay in power indefinitely, and if not him, another extremist leader is going to take over and do the same thing, or will run the show behind the scenes until he or she can take over power permanently.

Why is this a major danger?

Aside from the immense impact which it makes on the society, the effects of which not easily mended in decades and maybe more, this poses an immense, inescapable danger for existing opposition or non-compliant elite.

And the best target for such persecution is existing prominent non-compliant elite. They are already non-compliant, they are well known, they have wealth and power, and they are easy targets because they are outside the power base.

Therefore the persecution is inescapable for many non-compliant elite because they have been prominent enough before. Figures like Hillary Clinton and anyone close to her are prime targets for Trumpists and their persecution, for example. So much that Clinton is being used as a poster for the ‘evil liberal elite’ among these extremists, and the rest are being vilified through guilt by association – on top of their liberal credentials which qualify them as likely targets.

Persecution does not need to wait until extremists take over entire state establishment – when they have enough clout, the pressure which they can wield can easily force a lot of rational Conservative figures in positions of judiciary, bureaucracy and law enforcement to comply with the wishes of the extremist spearhead and their chosen leader. GOP Senators are already being told that they are either with Trump, or against him – therefore they are either with the extremist spearhead movement or against them. Which is a very dangerous position to be in, as you can understand, since with enough vilification, the people who are in such extremist movements can easily target such people and threaten their life or well being – as has happened in various other countries – leave aside threatening the lives of non-compliant, or even compliant liberal elite.

This situation makes already existing conservative elements in the establishment readily inclined to go along with extremists. Turning a blind eye to wrongdoings of their own, dragging or preventing any legal prosecution of their own, and making things difficult for the opposition elite are common traits in early stages of such extremist takeover.

Therefore, even in early stages of such a takeover, you can’t trust in the formerly functioning state and legal apparatus to protect fairness and prevent persecution of the opposition.

Once the extremists gain momentum, the game is on.

There is no quarter, there is no reconciliation, there is no appeasement possible – persecution must happen because right wing takeover needs to make it happen. Therefore, no amount of ‘pivoting to right’ like how establishment liberals are trying to do by reaching out to W. Bush, or telling how their values ‘are one and the same’, or similar measures pan out – the extremists don’t care about how conservative you may be or how conservative you may have been in the past: If you are sufficiently prominent as a non-compliant figure, you are used as the persecution target. Because they must persecute for the sake of their movement.

If a certain leadership cadre of such a movement does not persecute such ‘heretics’, challengers who replace them will. Therefore, existing leadership of such movements always persecute non-compliants instead of giving any talking points to their would-be challengers.

So there’s no escaping this.

The only way to prevent this from happening, is to prevent such an extremist right wing power base from forming.

And this can only be done by movement like Sanders’ movement

Right wing extremism capitalizes on the feelings of being left out in lower income segments of the society. These segments are the segments much affected by inequality which existing Capitalist system in the West produces. These people struggle to get by economically, they don’t have hope for future, they don’t see their prospects improving.

All they see is that some parts of the society are extremely rich, some doing ‘alright’, but they suffering economically without any end in sight.

And they turn to religion, nationalism or other conservative concepts to get some psychological support and even economic support.

The right wing extremism not only provides them with a sense of worth and purpose, but also religious or nationalist organizations and networking help in between each other, compounded by the aid which organizations like churches give their members.

This not only speedily increases the power base of such extremist movements, but also radicalizes them: Its the movement which is helping them survive and get by economically – not only they would support it against everyone else with fervor, but if need be, defend it against anyone with their life. Since their survival depends on it.

Therefore, the only way to address this problem is at its core, by addressing economic suffering and inequality.

This cannot be done by any ‘centrist’ or any liberal policies, but with direct, coordinated and strong social programs like which Sanders’ movement advocates.

From universal healthcare which will prevent people from outright dying when they cant afford healthcare, to free college which will allow everyone to have a modern education and gain a bright, open mind, from expanding social security to care for the downtrodden instead of leaving them to extremist churches to Green New Deal which will not only completely pivot the economy to 21st century while at the same time creating actual jobs.

The only way to fix this problem is to save people by addressing the core of the problem: Economic inequality and insecurity.

And this can only be done by a candidate with a movement which has immense grassroots support. Like Sanders’ movement.

Forcing through a centrist candidate with centrist economic policies will not avail, since even if this candidate somehow wins despite the immense reaction of the grassroots movements, he or she would only implement policies which would preserve the status quo to not upset elite economic interests.

In history, the only way which such social upheaval by extremism was fixed, was by addressing economic inequality.

The liberal/centrist establishment must pay a small price by letting out a minor fraction of their immense wealth via taxes, in order to not only secure their safety, but also to keep their society safe and sane.

As any student of history would know, the result of a right wing extremist takeover of a society is very, very destructive and extremely disagreeable – especially for existing liberal segments.

Therefore, existing liberal and centrist establishment must get behind Sanders and his movement and put all that is in their power to make the movement a grand success – not only in putting a problem-solving candidate like Sanders in White House, but also mending and improving the society itself.