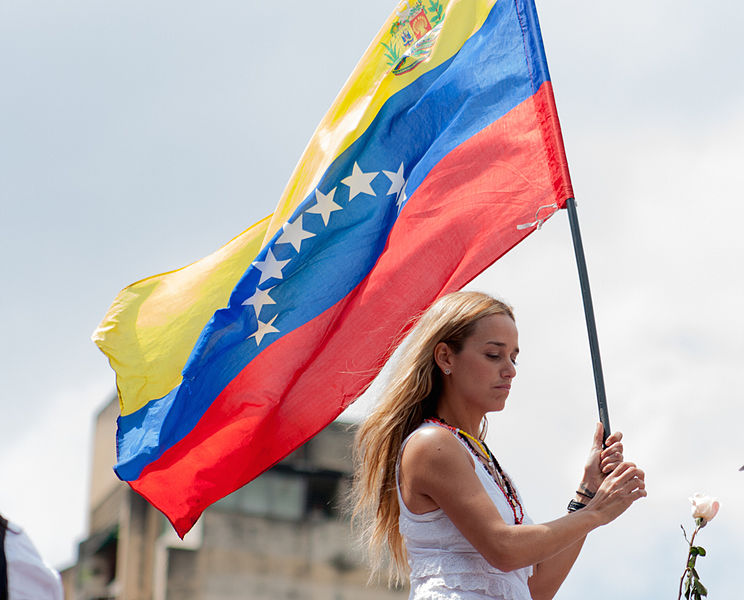 Socialism always fails, but, for some reason, every single time it fails, it requires US sanctions, economic warfare, ‘freedom fighters’ or outright invasion to fail.

The human cost of America’s “economic war” in Venezuela

Neoliberalism or Death — the U.S. Economic War Against Venezuela

The situation is basically summarized best in the below quote from Charlie Kirk:

US inflicts economic warfare on countries, and then whatever happens there, is their fault. In the textbook fashion of a schoolyard bully.

4–5 months ago US first confiscated $11 billion Venezuelan government assets in US.

At the same time, its ally Colombia, the actual cocaine capital of the world, confiscated $4 billion worth of medicine which Venezuela bought and paid for.

Mike Pompeo came up on TV and railed about how Venezuelan government cant even provide medicine to its people.

Not to mention recent incidents like Panama confiscating 5 ships carrying food to Venezuela. Why would a country prevent food going to another country – other than to starve its people.

This pattern is not new. Back in 1990s, a genocidal series of sanctions was effected on Iraq by US.

Supposedly targeting ‘Iraqi administration officials’, the sanctions prevented Iraqi people from getting medicine. Millions of Iraqis are estimated to have died due to that. UN inspectors tasked with overseeing the sanctions resigned in protest.

US blamed these deaths on Iraqi administration and US media made never ending news about how Iraqi government was killing its own people. Building up the basis for support for the invasion which was to happen in 2003.

Its the same practice that US employs against every single country which it can use this practice against. Venezuela was not the first country, and it wont be the last.

In actual reality, Chavez’s policies have greatly improved life for majority of Venezuelans – especially the poor.

There are internal elements to this economic warfare. The old neoliberal elite, who still hold 90% of Venezuelan media and economy, do not have the power as they used to before.

And you read that right – 90% of Venezuelan media and economy are still in private hands. So, Venezuela is not at all a socialist economy as advocated by American conservatives. Many European countries have bigger presence of state in their economy in reality. Venezuelan economy is way too privately owned.

Then what is the problem of US with Venezuela and socialism?

The problem is that Chavez nationalized over $4 billion worth of Exxon and ConocoPhillips stock in Venezuelan oil early in his term.

Venezuelan oil had been partly nationalized before in 1970s. That wasn’t a problem.

Venezuelan government had a major stake in Venezuelan oil. That wasn’t a problem.

Taking away of Exxon and ConocoPhillips shares was the problem.

Then started the economic warfare by US against Venezuela. How dare Chavez, a colonial subject, undermine US corporations. If Chavez didn’t do that, everything would still be just okay.

You will notice that this is the attitude which US State Dept. has towards South American countries: “Colonies should know their place”.

Incidentally, Norway, whose state has even larger share and control of its oil sector, does not suffer from such ‘socialist problems’ at all – even despite Norway’s social programs, taxes and business regulations are so, so much tighter than Venezuela’s.

This economic warfare is aided by internal elements who are US allies as well.

…but also cooperatives and other grassroots economic organizations which Chavez’s policies implemented to bring prosperity to poor Venezuelans regularly come under attack from unknown ‘patriots’ and get their property and operations destroyed.

Venezuela’s crisis: A view from the communes

Its hard to do business if ‘masked patriots’ are regularly destroying your equipment.

So, long story short, conservatives’ claim about failure of Venezuela’s economy being due to socialism is just as correct as any claim by conservatives: A self-fulfilling prophecy which the politicians that conservatives vote for make happen when it does not happen by itself.

Just like how USPS is bankrupt after conservatives requiring it to prepay for the retirement of its employees 70 years into the future.

You read that right – GOP passed a bill that required USPS to prepay for the retirement of unborn employees, then, when it naturally couldnt do that overnight, they declared USPS bankrupt and they started screaming that USPS should be privatized to pay for its debts.

Basically that is another case which a self-fulfilling prophecy was fulfilled by conservatives themselves after it didn’t self-fulfill – USPS wasn’t going bankrupt, so they bankrupted it and then claimed the prophecy fulfilled.

Venezuela’s situation is the same – Chavez’s policies kept bettering the lives of poor Venezuelans for a decade and more. No prophesied socialist bankruptcy was happening.

Start economic warfare and bankrupt it yourself.