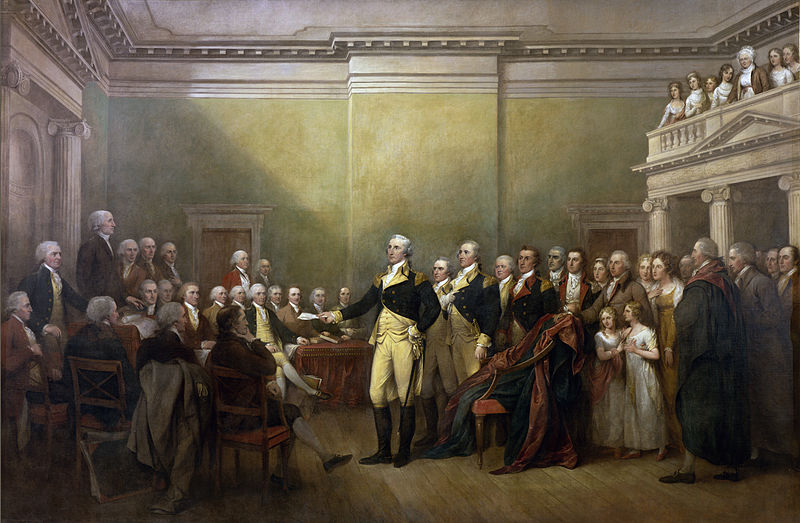 American Democracy was never there from the start.

All they way from the start, the presence of electoral college and entire upper-lower house parliaments were designed to facilitate minority ruling the majority.

“Landholders ought to have a share in the government, to support these invaluable interests, and to balance and check the other. They ought to be so constituted as to protect the minority of the opulent against the majority. The senate, therefore, ought to be this body; and to answer these purposes, they ought to have permanency and stability.”

James Madison, practically the architect of u.s. constitution. This sentiment was echoed by many among the founding fathers.

To put it simply : american founding fathers (except Thomas Paine) were rich land owners. They thought the society should be governed by ‘opulent men’ (rich). What they were especially afraid of was that in a democracy, the poor masses would demand more equality, and therefore this would endanger their massive landownership – the main source of wealth at that time.

It was easy to keep the democracy charade throughout 200 years – first, you couldnt know what was going on in washington all the way from backwater arkansas anyway. And you would think ‘educated men’ were elected into offices. In 20th century the charade was kept through media and government propaganda. (Yeah it exists, even in usa).

But now there is internet. Its impossible to keep the charade going. Hence people (like you) are talking about how democracy is ‘gone’, and how you can take it back.

You have to push from ALL fronts. Ranging from activism to voting, from grassroots movements to lobbying.

One example of how fast change can be achieved and there can be unprecedented democracy compared to earlier decades is Venezuela. And the events there, is a good example of how an attempt to change such an oligarchic (as princeton u so bluntly put it) society can change:

Hugo Chavez and podemos movement in venezuela came to power through a grassroots movement and election, and preceded to implement sweeping reforms.

They improved a lot of things in ordinary people’s lives – 300,000 kitchens saw refrigerators for the first time in venezuela’s history. The new parliament they assembled gave massive rights to indigenous peoples, women. Social programs raised literacy level, education level so that UN has stated venezuela is the south american country with the best and fastest rising social indicators and whatnot

The moment they nationalized some critical resources like oil, and started taxing foreign corporations, he became a ‘dictator’ – western media outlets started lambasting him, diplomatic and political pressure started.

Now at this point you will see to what extent the private interests, whose privilege is threatened, can go in trying to destroy democracy to get their privileges back…

First they tried political tricks – the usual stuff that works in usa – using 99% media ownership they had, they told any possible lie, subverted any actual truth in order to demonize podemos movement and chavez. Election cheating was also done, in usual amounts.

Due to being a grassroots movement and being informed through each other, the majority was not fooled.

This time they did a coup… Yeah, an effin coup. With support of US (bush) no less.

They arrested chavez and sent him to an island. US government immediately recognized the coup.

In the midst of massive protests, chavez returned and took back the government.

After this point, usual Us State dept./cia colored revolution methods were employed.

First they implemented a trade blockade of venezuela to the extent possible. Then the local privileged elite started collaborating with cia in order to strangle and cripple venezuelan economy. The format and method used is the same they used before chilean coup, when nixon ordered cia to ‘make their economy scream’ for chile in order to prepare them for the regime change:

First they stir economical indicators through stock market, currency and investment manipulation, and if this doesnt do the trick, they move to creating shortages of critical goods:

Then they come up altogether and say ‘this government destroyed the economy’.

Exact same tactic was used before 1980 coup in Turkey.

They also mobilize segments of society which are close to them:

The truth about Venezuela: a revolt of the well-off, not a ‘terror campaign’ | Mark Weisbrot

Cia snipers which show themselves in every single coup preparation show up, and kill protesters in the hopes of raising the people against the government, and creating political capital against the local government abroad:

Exact same thing was also done in turkey in 1979. Also recently in maidan protests in kiev.

The logic of why the hell a government would use snipers againt a protesting crowd, which would only increase the severity of protests and destroy the image of the government, is rarely questioned.

If ALL fails, the bigger brother of the local privileged elite starts taking more drastic measures:

This is a precursor to sanctions, trade blockades, bombings and invasions.

Of course, this last bit is not valid for usa. There is no country which would be able to declare us a security threat, and then start bombing and invading it for the benefit of the local privileged elite. Russia, China would be happy to see the incumbent oligarchy in usa to change and a pro-people administration – which would be 100% guaranteed to be less nuclear-warmongering – to take over, and the smaller brothers of the privileged elite like those in UK cannot do anything to usa…

So, yes, you can take back your country and have an actual democracy, but you will have to start the kind of thing chavez did, and prepare for all the crap the privileged elite will be throwing in your way – from propaganda, lies, even coup attempts to economic terrorism/warfare.

And if you think for a second that there cant be a coup in usa:

FDR’s biggest fault, was not prosecuting these coupster-wannabees. These people later turned into the military-industry complex you today know.

Now with Bernie Sanders, you indeed have a choice of at least stopping the trend and putting the brakes on the slide to all out fascism. Indeed, they would do everything in their power to prevent his reforms when he is elected – but that goes both ways – he would be able to stop the power grabs the privileged elite had been doing without any impediment for decades. And that time bought is the time needed for grassroots movement and change to flourish. What sanders can do in office would be an added bonus on top of that.

Edit: I forgot – there is another trick they pull if the regime change/takeover operations fail – importing ‘freedom fighters’. They started this procedure in venezuela as well, but chavez foiled the prospects by buying 100,000+ ak47s and training a citizen militia with them – therefore making any kind of such ‘freedom fighters’ regime takeover operations impractical.

Although this is not applicable to usa much, the ‘oathkeepers’ and armed militias in american southwest are quite susceptible to manipulation and being used as a means to stir unrest in usa.